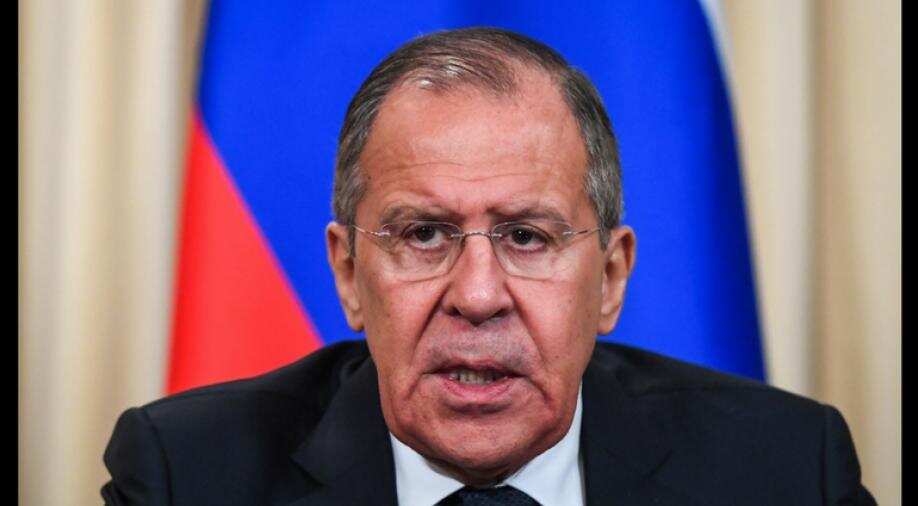 He called on the global community to "soberly assess the situation"

"A representative of the Belarusian foreign ministry... stressed the readiness of the Belarusian authorities to act on the issue in a transparent manner and to follow all international rules," Lavrov said during a press conference following a meeting with his Greek counterpart.

"I think this is an absolutely reasonable approach."

He called on the global community to "soberly assess the situation".

Belarus has received harsh criticism from western countries. Western leaders called the incident an "act of state terrorism" and the EU was expected Monday to toughen sanctions against Belarus.

Protasevich (26), who was arrested by Belarus authorities is a Belarusian journalist and activist.

Together with co-founder Stepan Putilo he had until recently run the Nexta telegram channel that galvanised and directed huge protests against Lukashenko's disputed re-election to a sixth term in August 2020.

Last year, Protasevich and Putilo were accused by Belarusian authorities of a number of crimes including organising mass riots. Protasevich left the Nexta project last year.

He faces a sentence of up to 15 years in Belarus.

Lufthansa flight takes off from Minsk

Meanwhile, Lufthansa flight suspended in Minsk on Monday due to security alert took off for Frankfurt with all passengers on board.

"The flight took off 10 minutes ago," an airline spokesman told AFP at about 1330 GMT, one day after the forced landing of a Ryanair flight in Belarus.

"All passengers were on board as planned."

Lufthansa said all luggage and freight had been removed from the aircraft, in which there were 51 people including five crew members, for fresh security checks after Belarusian authorities said they had received a "security warning".

"We regret the inconvenience for the passengers but the security of our passengers, crew and the plane take top priority at Lufthansa," the spokesman said.

Soon after Lufthansa announced the flight's suspension, Minsk airport said on its Telegram channel that "all necessary measures" to check the plane and its passengers had been completed.