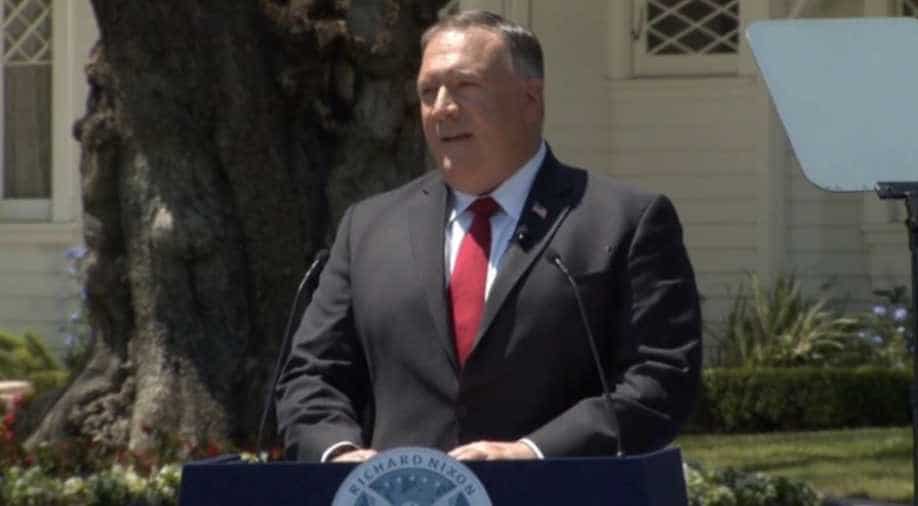 US Secretary of State Mike Pompeo on Sunday has said that President Donald Trump will take action "in coming days" against Chinese software companies that are feeding data directly to the Beijing government.

"President Trump has said 'enough' and we're going to fix it and so he will take action in the coming days with respect to a broad array of national security risks that are presented by software connected to the Chinese Communist Party," Pompeo said on Fox News Channel's "Sunday Morning Futures."

Also read: Renomination of Trump to be held in private, GOP convention closed to press

Since the past few months, Tiktok has come under fire in the country after the US officials have said that app poses as a national risk because of the personal data. They have accused the application to feed its data with its current Chinese parent company, Beijing-based software firm ByteDance.

"They're true privacy issues for the American people and for a long time, a long time the United States just said 'well goodness if we're having fun with it, or if a company can make money off of it, we're going to permit that to happen,'" Pompeo said.

Reports have also claimed that Microsoft is in talks to acquire the famous video-sharing app.

However, no confirmation has been provided by Microsoft or TikTok.

Trump's announcement followed frantic negotiations on Friday between the White House, ByteDance and potential buyers of TikTok, including Microsoft Corp. They failed to produce a deal that would result in the Chinese company shedding the app's US operations, according to people familiar with the matter. The talks are expected to continue in the coming days.

Meanwhile, TikTok has refused to comment on the reports being circulated. "We are confident in the long-term success of TikTok. Hundreds of millions of people come to TikTok for entertainment and connection, including our community of creators and artists who are building livelihoods from the platform," TikTok told AFP.

Treasury Secretary Steven Mnuchin has said that TikTok must either be sold or blocked in the US due to national security concerns.

"I will say publicly that the entire committee agrees that TikTok cannot stay in the current format because it risks sending back information on 100 million Americans," Mnuchin said Sunday on ABC.