'Prepared for worst': Kremlin on possible new Cold War with US 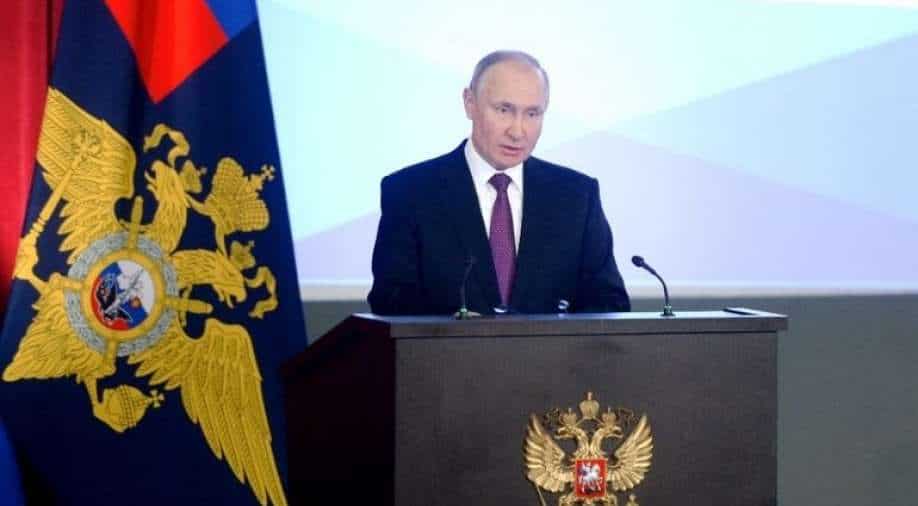 It comes after Russian President Vladimir Putin mocked Joe Biden for calling him a 'killer', saying 'it takes one to know one', as ties between Moscow and Washington sank to new lows

The Kremlin on Friday said that it is ''prepared for the worst'' when it was asked about the possibility of a new Cold War between the United States and Russia.

It comes after Russian President Vladimir Putin mocked Joe Biden for calling him a "killer", saying "it takes one to know one", as ties between Moscow and Washington sank to new lows.

"Putin said that despite everything there's no point in playing at megaphone diplomacy and trading barbs. There is a point in continuing relations," Peskov told reporters on a conference call.

He was asked about a new Cold War between the two countries.

"We, of course, always hope for the best but are always ready for the worst. As far as Russia is concerned, President Putin has clearly stated his desire to continue ties...," he said.

"But of course, we cannot take into account Biden's comments," he said, in a reference to Biden's interview with ABC News broadcast on Wednesday.

In it, Biden said "I do" when asked if he believed Putin was a killer, prompting Putin to cite a Russian children's playground chant in response saying "he who said it, did it".

Moscow and Washington share a mutual distrust that flared after the Kremlin's annexation of the Crimean peninsula in 2014.

Ties deteriorated over Russia's alleged meddling in the US elections in 2016 and more recently when the West concluded that Russian opposition figure Alexei Navalny was poisoned last summer with a Soviet-designed nerve agent.

But the two countries have continued cooperation on issues of shared interest, including the Iran nuclear deal and the Afghanistan peace process.

The US Commerce Department announced this week it was toughening export restrictions imposed on Russia as punishment for Navalny's poisoning in August.

Over the past few decades Russia has rarely recalled its ambassadors.

Moscow last summoned its envoy in the US in 1998 over a Western bombing campaign in Iraq.

In 2014, during the fallout after the annexation of Crimea, Putin refused to recall a Washington envoy even after then US President Barack Obama said that the Russian leader would pay for his Ukraine policies.

Putin at the time said recalling an envoy would be a "measure of last resort".