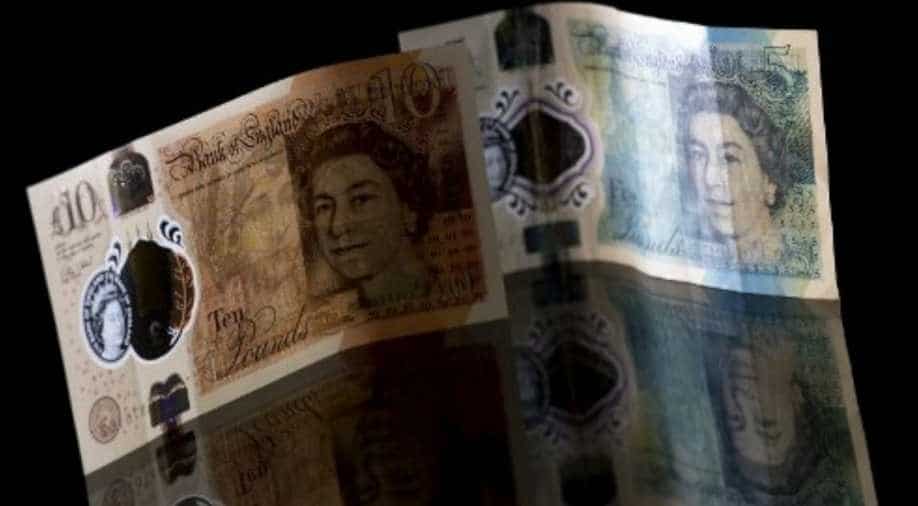 The pound recovered Tuesday against the dollar and euro as Prime Minister Boris Johnson looked set to secure his wish for a general election before Christmas aimed at finally forcing through Brexit.

Traders were looking ahead also to a meeting of the Federal Reserve that was expected to end with the US central bank announcing an interest-rate cut on Wednesday.

Around 1115 GMT, sterling clawed back losses to trade at $1.2862, virtually unchanged compared with its level late Monday in New York.

The euro meanwhile reversed direction to stand 0.2-per cent lower at 86.14 pence.

"Bulls have finally escaped the selling pressure and pushed sterling higher on the back of the news that Labour is finally backing the elections," commented Naeem Aslam, chief market analyst at ThinkMarkets.

"The spike in sterling is decent but we are not expecting any significant moves."

Britain appeared headed for a December election after the main opposition Labour party said it would support Johnson's desire for a pre-Christmas poll.

Labour leader Jeremy Corbyn said the decision by European Union leaders on Monday to again delay Brexit meant that "for the next three months, our condition of taking 'no-deal' off the table has now been met".

He added: "Elections are often seen as bringing heightened uncertainty and therefore negative in the near-term for affected markets, but in this case there is a hope that it will bring an end to the present quandary we find ourselves in."

In equities trade, London's benchmark FTSE 100 index was down 0.7 per cent in late morning deals, extending earlier losses as the stronger pound weighed on share price for multinationals that have substantial earnings in dollars.

Expectations for a US rate cut and some strong company earnings were also providing a much-needed lift to confidence after a rollercoaster year on global trading floors.

Oil prices extended Monday's big losses that had been sparked by reports of another pick-up in US stockpiles that indicated weak demand growth.