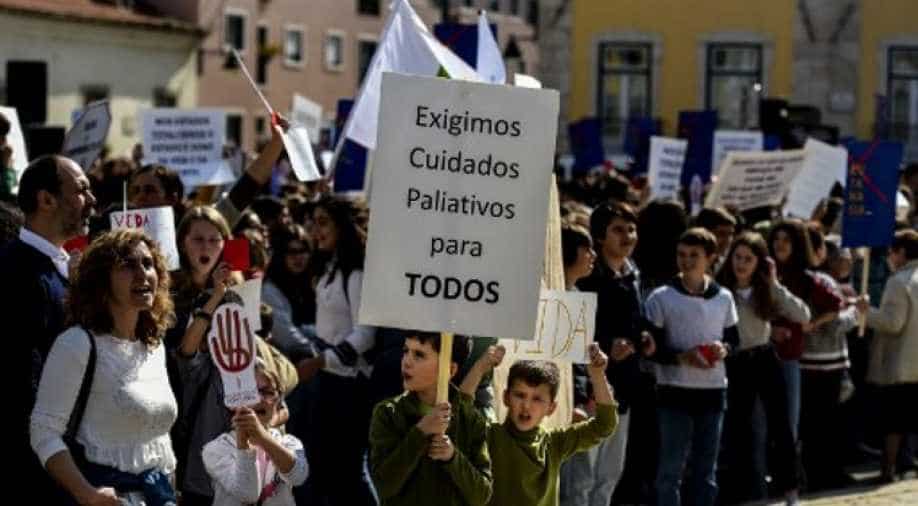 Portugal's lawmakers on Thursday approved a set of bills aimed at decriminalisation of euthanasia amid protests from religious groups.

The vote was approved with 127 votes in favour, 86 votes against and 10 abstentions in the 230 member Parliament as several hundred  Portuguese protested outside the House.

Euthanasia involves a process in which a physician takes part in ending a patient's life. In  assisted suicide, the doctor provides a lethal substance for the patient to self-administer.

Both practices are allowed in Switzerland, the Netherlands, Luxembourg and Belgium.

However, the bill was passed after a big debate.

"Prosecuting someone who helps a patient with an incurable disease is a form of intolerance," socialist MP Isabel Moreira said in Parliament.

Portugal's Social Democratic Party, Communist Party, CDS-PP voted against all of the proposals.

The five proposals will now be put into a single draft bill for a final vote, expected to take place before the summer.