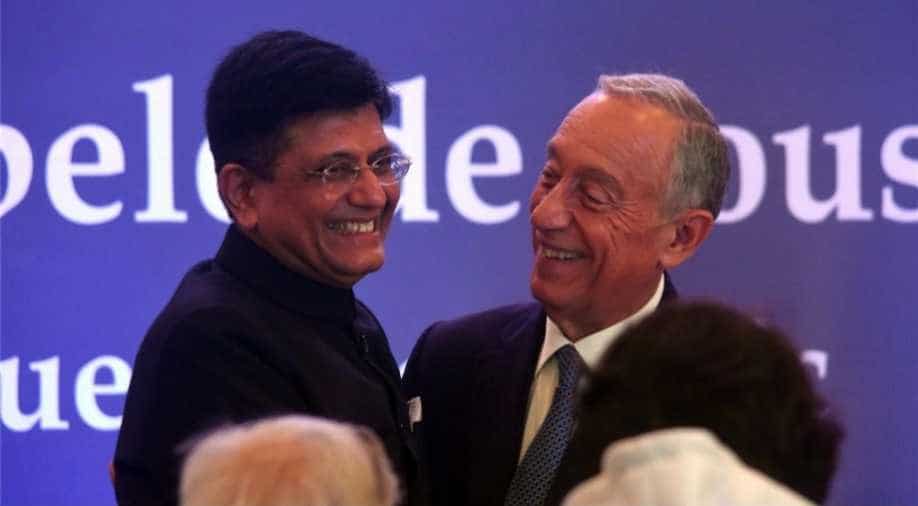 The investments by the companies from the two countries were improving, but we need much more investment, he noted.

Portugal on Saturday called for enhancing bilateral trade, saying the two countries have the potential to take it to the next level.

The trade between India and Portugal stood at $876 million in 2019-20, according to industry estimates.

"I would like to say that the prospects of our relation are very positive. We have historical and political relations. Still, the trade between the two countries could be much bigger and we have to double or triple the figures of our bilateral trade that counts for one year nowadays," Portuguese Foreign Affairs Minister Augusto Santos Silva said at India-Portugal Business Forum here.

The investments by the companies from the two countries were improving, but we need much more investment, he noted.

"I think the political framework is clear. Don't forget that whenever you invest in Portugal, you are investing in your gateway to the European Union to Euro area..," the minister said.

Silva, who is also in charge of the foreign investment and foreign trade, said that Portugal this year in June will hold the second United Nations Ocean Conference in Lisbon, which will be a very important activity to push the global economy.

Portugal is considered as the third most secure country in the world by the global peace index, he said, adding "we all know how security is important for investment".

"Secondly, we are also characterised by solid political stability. This is also a crucial variable.

"I think there is a lot to work on in terms of our bilateral cooperation. And of course, the role of the governments what we expect from the government is to facilitate this...How are we facilitating the improvement of economic relations between India and Portugal," Silva noted.

He also said that at the highest political level there have been visits by the Prime Ministers of both India and Portugal, besides the ongoing visit of Portuguese President Marcelo Rebelo de Sousa, while President Ram Nath Kovind is scheduled to visit Portugal next year.

The two countries have already inked an agreement in the tourism sector and for startups.

"We have a joint programme with financing, in order to leverage capital, the ideas and the business models of young entrepreneurs in startups and of course, we are increasing our cooperation in other sectors -- public works, construction industry and real estate business.

"We have an interesting visa programme. If you invest in real estates, if you transfer capital for Portugal, if you invest in Portugal, you are allowed to get in a very quick way residence permits," the minister said.

"We are now trying to enlarge the scope of these programmes to the whole of the country because it was too concentrated in Lisbon," he said, adding ICT is one domain in which Portugal can learn a lot from India, but also can exchange rapidly with India.