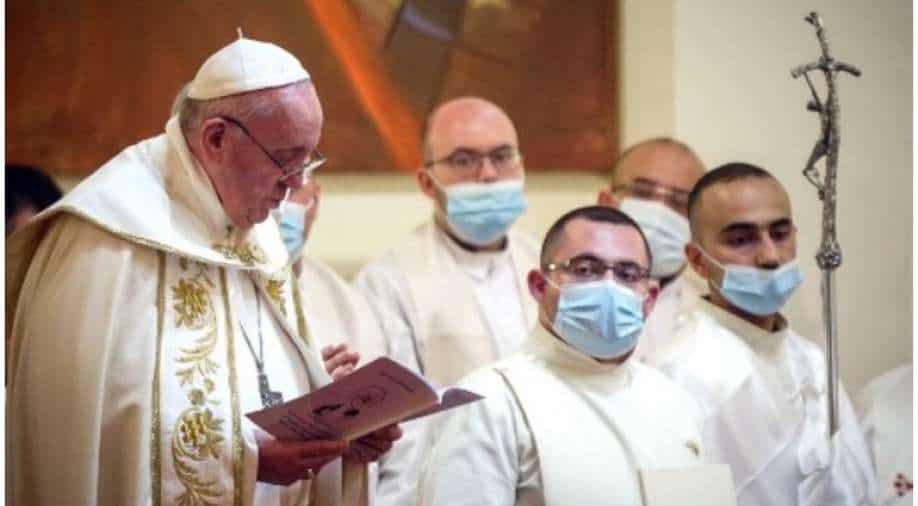 On Saturday, Pope Francis commented on use of religion by terrorists

Pope Francis, on Sunday, will meet Iraqi Christian who suffered under the Islamic State (IS) group. He will lead a prayer "for the victims of the war" in Mosul. Pope Francis is on a historic tour to Iraq. This is first-ever papal visit to the country. His tour on Sunday will take him to Mosul, an ancient city which became a stronghold of the Islamic State when the terrorist group swept across Iraq and Syria.

"We all hope that this visit will be a good omen for the Iraqi people," Adnane Youssef, a Christian from northern Iraq, told AFP. "We hope that it will lead to better days."

On Saturday, Pope Francis commented on use of religion by terrorists.

"We believers cannot be silent when terrorism abuses religion," Francis said at an interfaith service

The Christian community of Iraq, a Muslim-majority country of 40 million, has shrunk from 1.5 million before the 2003 US-led invasion that ousted Saddam Hussein to only 400,000 now, about one per cent of the population.

Pope Francis on Saturday, held his first public mass on his Iraq tour in church of St. Joseph in central Baghdad.

"This is a once in a lifetime opportunity", said one worshipper as she wiped away tears and cheered as the Pope left the Saint Joseph Chaldean Cathedral.

He's the first head of the Roman Catholic church to preside over a mass in Iraq.

"This very important visit will boost our morale after years of difficulties, problems and wars," said an Iraqi Christian leader, Father George Jahoula.

Back in 2014, when IS militants swept across one-third of Iraq, Pope Francis had said he was ready to come to meet the displaced and other victims of war.

Seven years later, after a stop early Sunday in the Kurdish north of Iraq, he will see for himself the devastated Old City of Mosul and efforts to rebuild it.

Pope Francis will also visit Qaraqosh, further east in the Nineveh Plain, which is one of Iraq's oldest Christian towns.