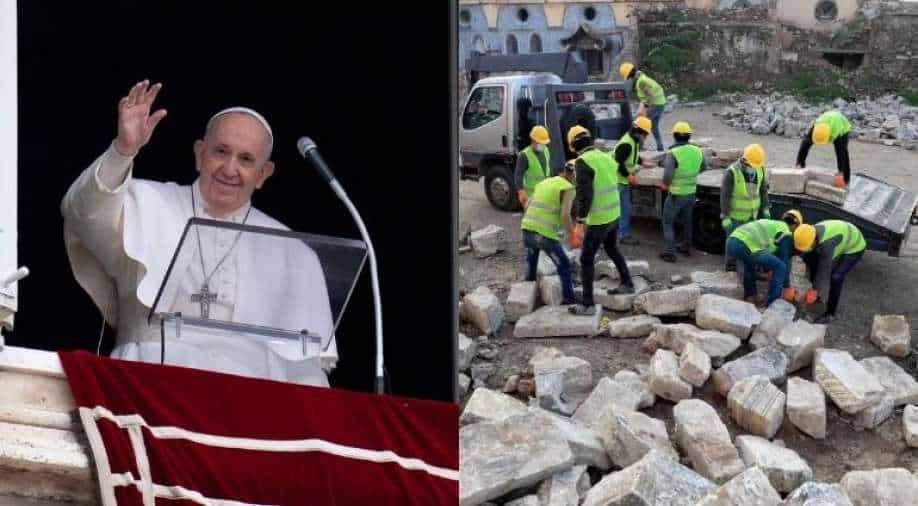 In Mosul, four churches that were desecrated by the so-called Islamic State will also be visited by the 84-year-old pope during his four-day visit

Final preparations are ongoing as Iraq is gearing up to welcome Pope Francis for his visit next weekend.

The pontiff will be meeting Iraq's top Shi'ite cleric Grand Ayatollah Ali Al-Sistani in March in the Najaf, whose streets are being decorated with flags of Vatican and Iraq.

In Mosul, four churches that were desecrated by the so-called Islamic State will also be visited by the 84-year-old pope during his four-day visit.

In the "Church Square", where the four churches are located, the pontiff will also hold prayers for the victims of war.

A large number of worshippers can turn up for a mass in Nineveh province and authorities are mulling on a possible open-air venue to accommodate them.

The sites are being cleaned for the arrival of the pope.

Francis will also hold an inter-religious prayer service at the ancient site of Ur, a place known as the birthplace of Abraham.

Abraham, who is known as the father of Judaism, Christianity and Islam, used to live in this city until God called upon him to build a new nation in a land later found was Cannand, according to the biblical book of Genesis.

He will also be visiting the capital Baghdad, Erbil, and Qaraqosh in the plains of Nineveh for the visit from March 5 to March 8.