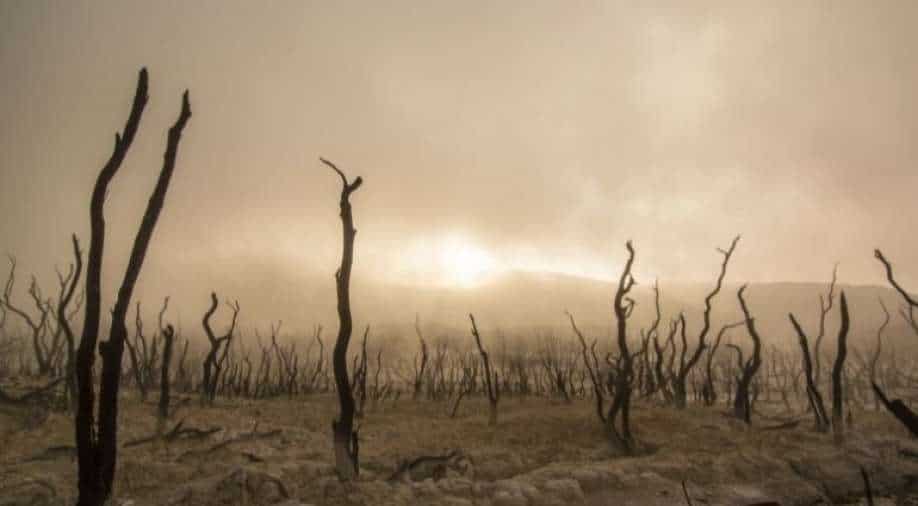 Jubilee Debt Campaign has found that lower-income countries spend approximately five times more on debt than they spend coping with the effects of climate change and reducing carbon emissions.

The charity's figures show that 34 of the world's poorest countries spend $29.4 billion a year on debt repayments, compared with $5.4 billion (£3.9 billion) spent on climate change measures.

Also Read | 75% of Europeans are more concerned about the climate crisis than their governments: Survey

Africa's largest country Uganda has pledged that it would spend $537million between 2016 and 2020 ($107.4 million annually) on climate-related projects to adapt its infrastructure and handle climate emergencies. This includes funds from international agencies and donors.

According to the charity, Uganda is not the only low-income country that will have to find extra cash to pay debt interest over the next four years. Jubilee Debt Campaign estimates 34 countries covered by its research will spend seven times more on debt payments in 2025 than limiting the effects of climate change.

Heidi Chow, executive director of the Jubilee Debt Campaign, says that lower-income countries will discuss the implications of this outstanding debt on their ability to combat climate change at the upcoming COP26 meeting.

She says it's troubling that lower-income countries are repaying billions of dollars in debt to rich countries, banks, and international financial institutions at a time when those resources are desperately needed to combat climate change.

Chow added that wealthy polluting nations need to stop shirking their responsibilities and provide climate financing through grants and cancellation of debts.

Over the last two decades, a number of international organizations, including the World Bank and the International Monetary Fund (IMF) have encouraged developing countries to use bank loans and bonds to fund development projects.

With regular repayments, the borrower expected interest rates to fall over time. Yet low-income countries routinely pay more than 10 per cent interest on loans compared to rich countries, which pay an average of 1.5 to 2.5 per cent.

During the pandemic, the IMF provided insurance to lower the debt interest payments of low-income countries, but this did not cover Chinese debts.

Rich countries were supposed to provide $100bn a year in funding to reduce climate change under an agreement made at the UN climate talks in Copenhagen in 2009.

Ahead of Cop26, UK cabinet minister Alok Sharma expressed confidence that the target would be met by 2023.

However, according to Jubilee Debt Campaign, over two-thirds of the climate finance given so far has been in the form of loans, further aggravating the debt crisis in lower-income countries.