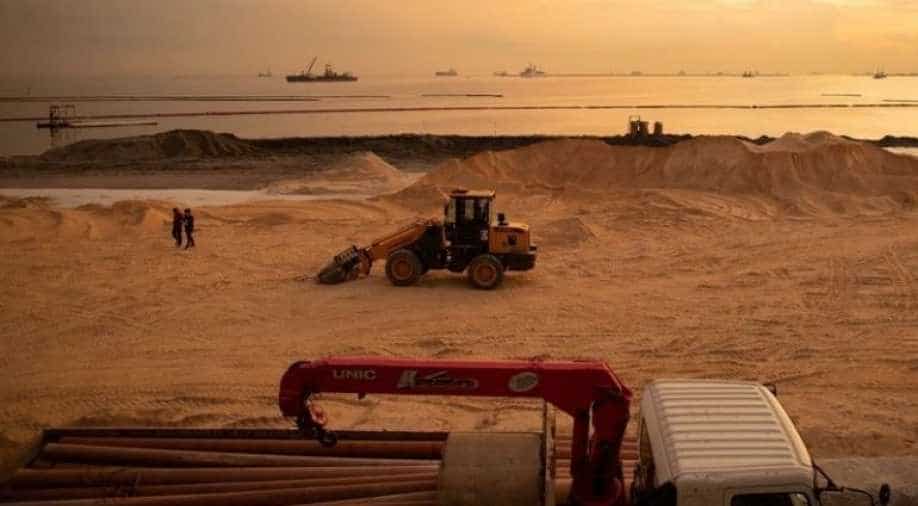 The use of artificial sand has been met with criticism, with environmental groups saying the facelift focuses only on aesthetics and has little to do with rehabilitation

Residents of the Philippines' capital on Saturday flocked to an artificial white sand beach that the government has transformed from a polluted stretch of shoreline to mark International Coastal Cleanup day.

Despite opposition from environmental campaigners, President Rodrigo Duterte's government has filled a 500-meter stretch of coastline beside the U.S. embassy in Manila with sand made from tonnes of crushed dolomite boulders from central Philippines.

Manila Bay is a 60-km (37-mile) semi-enclosed estuary facing the South China Sea. Its waters are heavily polluted by oil, grease and trash from nearby residential areas and ports.

The use of artificial sand has been met with criticism, with environmental groups saying the facelift focuses only on aesthetics and has little to do with rehabilitation.

Fernando Hicap, president of fisherfolk group Pamalakaya, told Reuters that the pollution was killing fish stocks in the bay. "There is still so much garbage," he said.

Despite fears that dolomite could be a health hazard, Manila Mayor Francisco Domagoso assured the public that the cleanup and beautification project is not a threat to residents' well-being.

"When we see something nice being done to our city and if we feel it is for the betterment of our city, we should always be supportive of that," Domagoso said in a speech to mark the opening of the beach to the public.