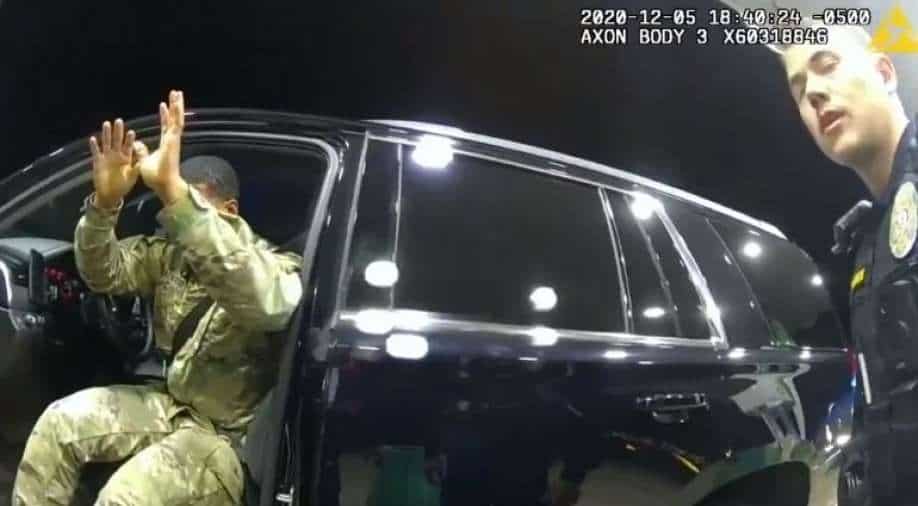 'These cameras captured footage of behavior consistent with a disgusting nationwide trend of law enforcement officers,' the lawsuit reads

A US army lieutenant was subjected to excessive force by two police officers of the Virginia police department at a traffic stop.

The army officer, Caron Nazario, was stopped by the two Virginia police officers for not have permanent license plates in his new Chevrolet Tahoe on December 5, 2020. The army officer, however, claims he did have cardboard temporary plates taped to the inside of the rear window.

Nazario, who is Black and Latino, was dressed in his uniform and tried to find a well-lit area to stop when he was asked to pull over by Daniel Crocker, a Windsor police officer. Crocker, however, claims he thought Nazario was "eluding police" and he considered it a "high-risk traffic stop".

Army officer LT. Caron Nazario who’s Afro-Latino was pulled over in his car.

When told to get out of the car he said, “I’m honestly afraid to get out.”

Officer said,
“Yeah, you should be!”

This is how U treat soldiers of color who defend this country?

The army officer said he wanted to stop in a well-lit area "for officer safety and out of respect for the officers," as per a report of the court filing.

Cocker was joined by Joe Gutierrez, who was passing by the same area when he heard his colleague’s call.

However, the lawsuit reports that the license plate was well-visible by the time the two officers reached the SUV.

Upon arriving near the SUV, which had been stopped by Nazario at a gas station, the officers drew out their guns and pointed them at Nazario, attempting to pull him out of his car.

However, the officers continued yelling and assaulting the officer, while making racist remarks.

"These cameras captured footage of behavior consistent with a disgusting nationwide trend of law enforcement officers who, believing they can operate with complete impunity, engage in unprofessional, discourteous, racially biased, dangerous and sometimes deadly abuses of authority," the lawsuit says.

Nazario has now sued the two officers, demanding $1 million in compensatory damages as he believes the officers violated his rights guaranteed under the First and Fourth Amendments.