PM Modi not in a good mood: Trump says about Indo-China border dispute 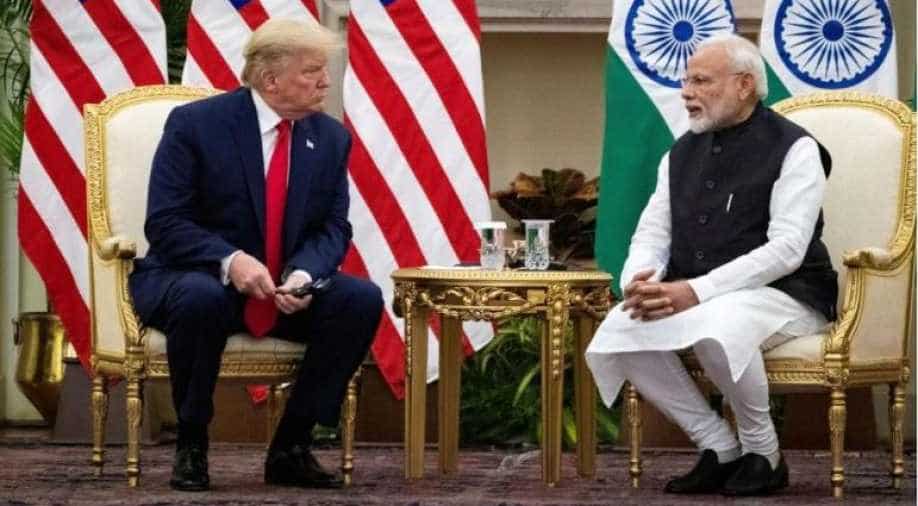 'Have a big conflict ...India and China. Two countries with 1.4 billion people (each),' Donald Trump said on Thursday.

Speaking with the reporters in the Oval Office of the White House on Thursday, the US President Donald Trump told the media that Indian Prime Minister Narendra Modi is not in a good mood over the recent conflicts between the two countries.

"I can tell you; I did speak to Prime Minister Modi. He is not in a good mood about what is going on with China," Trump said.

However, sources have denied any communication between Trump and Modi.

There has been no recent contact b/w PM Modi&US President Trump. Last conversation between them was on 4 April,2020 on subject of Hydroxychloroquine.Y'day,MEA had also made it clear that we're directly in touch with China through established mechanisms&diplomatic contacts:Sources pic.twitter.com/oQIPwA2rrF

This statement comes a day after Trump had said that he would be willing to mediate between the two countries.

However, India has maintained that things can be peacefully resolved between the two countries. "We are engaged with the Chinese side to peacefully resolve it," said External Affairs Ministry Spokesperson Anurag Srivastava.

China has not yet responded to Trump's statements and tweets. However, it shares a similar thought when it comes to peacefully resolving things.

The situation in eastern Ladakh deteriorated after around 250 Chinese and Indian soldiers were engaged in a violent face-off on the evening of May 5 which spilt over to the next day before the two sides agreed to "disengage" following a meeting at the level of local commanders.

Over 100 Indian and Chinese soldiers were injured in the violence. The incident in Pangong Tso was followed by a similar incident in North Sikkim on May 9.