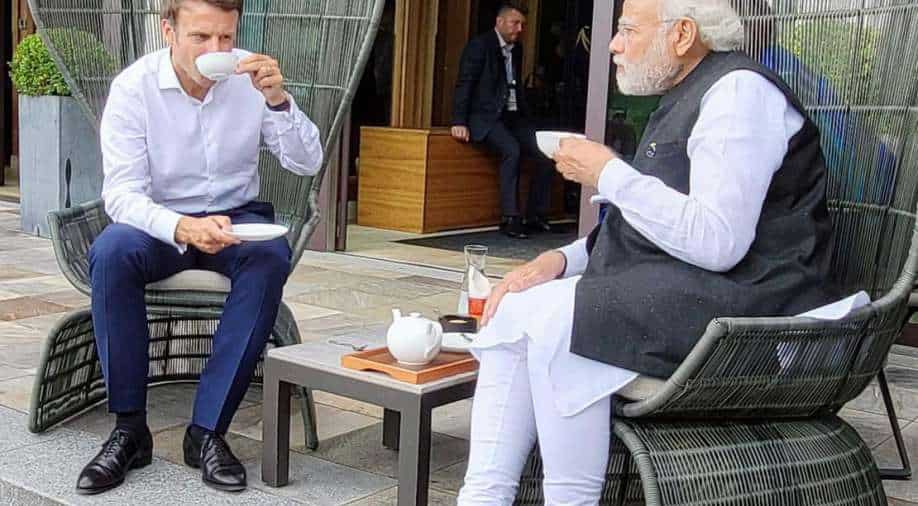 PM @narendramodi and President of @EU_Commission @vonderleyen held talks on the sidelines of the G-7 Summit. Issues such as stronger trade ties, cooperation to mitigate climate change, emerging technologies and cultural linkages were discussed during the meeting. pic.twitter.com/v5V6IMUJij

Prime Ministers @narendramodi and @JustinTrudeau meet on the sidelines of the G-7 Summit in Germany. They took stock of the India-Canada friendship and discussed ways to further strengthen it across various sectors. pic.twitter.com/UWDXJTXo3Q

Also Read: Now is not the time for negotiations with Russia, Zelensky to G7 countries

Earlier in the day, India's prime minister held a meeting with Indonesian President Joko Widodo as the two leaders sought to expand bilateral cooperation including increase in trade and investment.

PM @narendramodi and President @jokowi had a productive meeting. Their talks will add strength to the Comprehensive Strategic Partnership between India and Indonesia. Both leaders also discussed ways to boost connectivity and business linkages. pic.twitter.com/7g3Yq4Maq8

"We had wide-ranging conversations on improving trade & cultural ties between our countries," PM Modi said in a tweet after meeting President Joko Widodo.

The Indian prime minister is in Germany on a two-day visit. PM Modi was invited to the summit after an invitation by German Chancellor Olaf Scholz.

PM @narendramodi meets @Bundeskanzler Olaf Scholz at the G-7 Summit in Germany. They are discussing ways to further diversify the India-Germany friendship for the benefit of our people and the entire planet. pic.twitter.com/JQYnPtyllB

The G7+5 invited countries including India issued a joint statement on "resilient democracies" calling for "guarding the freedom, independence and diversity of civil society actors, speaking out against threats to civic space"