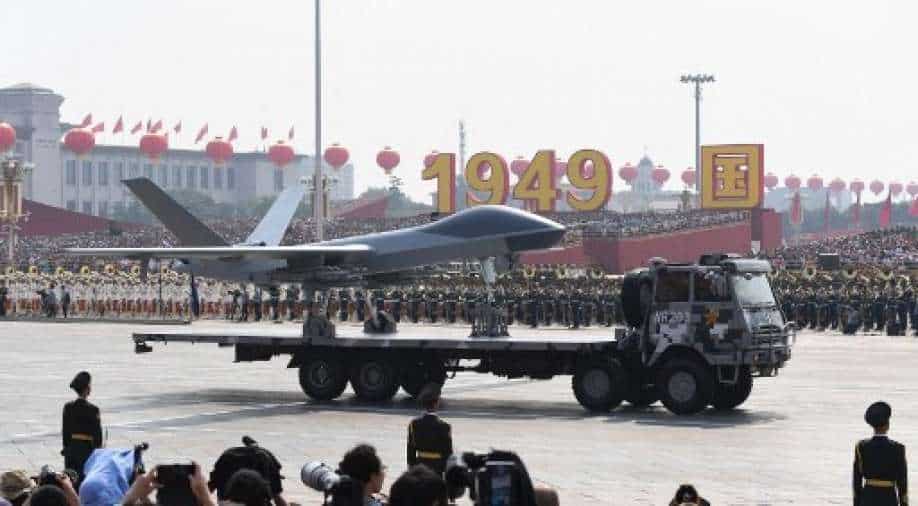 China has been conducting military drills amid escalating tensions with Taiwan. Chinese troops had earlier conducted military exercises close to Taiwan near an island.

The drones delivered supplies to PLA troops deep inside the "enemy line", the Chinese daily reported. The UAVs were reportedly "medium-sized rotary wing drone" with 50 kilograms of munitions.

China has been conducting military drills amid escalating tensions with Taiwan. Chinese troops had earlier conducted military exercises close to Taiwan near an island.

The Chinese newspaper said PLA troops used "swam" of drones for frontline troops during the exercise as they were expected to hold their positions.

As China continues to make its move, US Secretary of State Antony Blinken warned the Xi regime not to make "aggressive actions" in the Indo-Pacific as he emphasised that there is growing concern over China's actions from "Northeast Asia to Southeast Asia and from the Mekong River to the Pacific Islands".

Blinken also asserted that the US was "determined to ensure freedom of navigation in the South China Sea".

US defence secretary Lloyd Austin had said recently that China's military exercises near Taiwan were "rehearsals" as the Chinese troops were apparently "exploring their true capabilities".

Austin said although the US will remain "steadfast" on the One-China policy, however, it would continue to support Taiwan in its ability to defend itself.