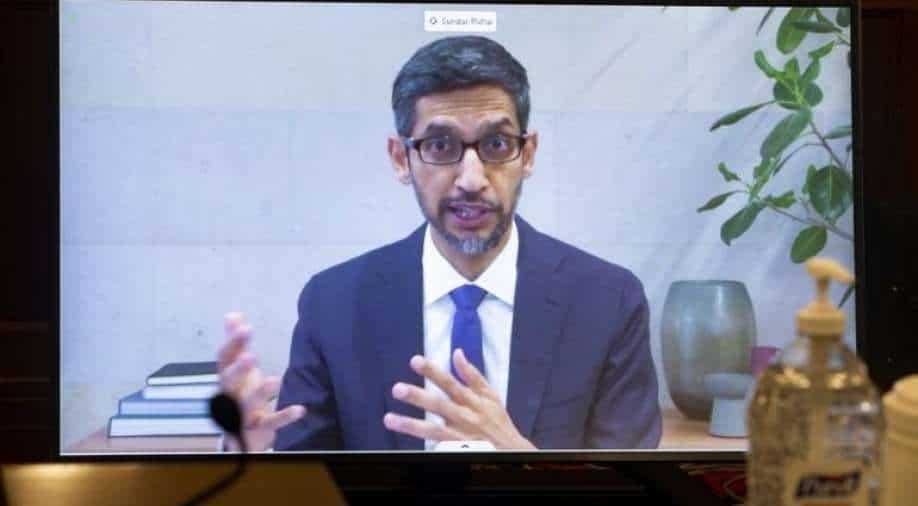 Though senators had no trouble in pronouncing Zuckerberg or Dorsey, Ron Johnson, a Republican senator, pronounced Zuckerberg once as 'Mr, Zuckerman'

Despite testifying to the Capitol Hill three times, US senators still struggle to pronounce the name of Sundar Pichai, CEO of Google's parent company Alphabet.

The Indian American CEO was a part of questioning on Wednesday along with Facebook's Mark Zuckerberg and Twitter's Jack Dorsey, but senators found it hard to speak his name properly, including Roger Wicker, chairman of the Senate Commerce, Science and Transportation Committee.

Pichai, who was born in Chennai, is head of the trillion-dollar company that is known as one of the most powerful in the field of tech.

Lexi Reese, chief operating officer of tech company Gusto, took to Twitter to ask lawmakers to pronounce his name correctly and even suggested a video on YouTube, owned by Google, to learn the correct way of speaking his name.

Though senators had no trouble in pronouncing Zuckerberg or Dorsey, Ron Johnson, a Republican senator, pronounced Zuckerberg once as "Mr, Zuckerman".

Meanwhile, Capitol Hill clashed with tech giants on Wednesday over legal protections and censorship on social media during a fiery hearing days before Election Day.

Dorsey, Zuckerberg and Pichai had been summoned to the Senate to testify to debate a law known as Section 230 that guards their platforms against liability over what their users share.