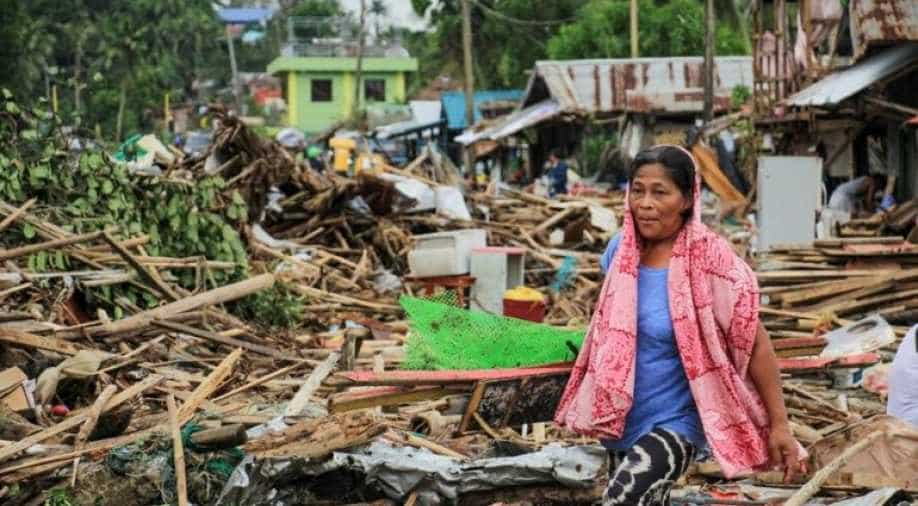 The number of people killed by Typhoon Kammuri's pounding of the Philippines this week has hit 13, officials said Thursday, as authorities confirmed reports of storm-related deaths.

Kammuri's fierce winds toppled trees and flattened flimsy homes across a swathe of the nation's north on Tuesday, and forced a rare 12-hour shutdown of Manila's international airport.

Authorities said on Wednesday one person had drowned while three died after being hit by trees and flying objects.

Disaster officials did not offer details on how the other victims died, but local police reports indicated some may have drowned or been crushed by trees.

Mark Timbal, the spokesman for the national disaster agency, said no new bodies have been found but the death toll could rise as reports on the ground are verified.

"There is the possibility of an increase in the number, but we are hoping against it," Timbal told AFP.

Hundreds of thousands of people living in exposed or low-lying areas were evacuated from their homes before Kammuri made landfall late Monday, which authorities said had saved lives.

Still the storm-damaged 135 schools and destroyed nearly 1,200 homes, with crop damage in the hardest-hit areas estimated to reach nearly $16 million.

President Rodrigo Duterte is scheduled to visit on Thursday the Bicol region, a peninsula south of Manila which was hit hard by the typhoon.

Ninoy Aquino International Airport was closed half of Tuesday as a precaution, affecting over 500 flights, while roughly half the day's programme at the Southeast Asian Games, hosted by Manila and nearby cities, had to be postponed.