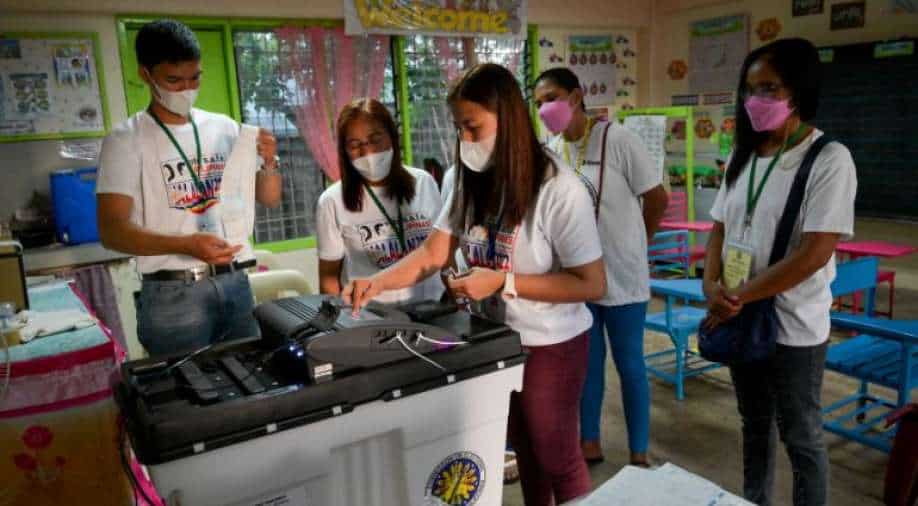 Over 65.7 million Filipinos are voting today to elect a new president, a new vice president, 12 senators, more than 300 members of the House of Representatives, and over 17,000 local officials, as per the news agency. Photograph:( Reuters )

Philippines Election 2022: Voters streamed to polling stations on Monday, with the prospect of a once-unthinkable return to rule of a member of the Marcos family, 36 years after strongman Ferdinand Marcos was ousted in a "people power" uprising.

In a polarising campaign between frontrunner Ferdinand Marcos Jr, the son of the late dictator, and a human rights lawyer who has vowed to fight old, corrupt politics, polls in the Philippines opened on Monday to elect the country's next president.

Despite his family's horrific history of human rights violations and corruption, opinion polls predict Marcos Jr, also known as Bongbong, is likely to win the race.

The Marcoses pillaged the government for up to $10 billion, while thousands of his opponents were detained, tortured, and assassinated.

Around 18,000 positions are up for grabs, ranging from vice president to Senate and House of Representatives representatives to mayors, governors, and councillors.

After the polls shut at 7 p.m., an unofficial vote total might reveal the winner within hours.

Pictures: Explainer-A guide to the Philippines election this year

Marcos, 64, voted in Ilocos Norte, surrounded by bodyguards and accompanied by family members, including his son, who is standing for congress.

A total of 67 million people are eligible to vote, with polling locations starting at 6 a.m. on Monday for a 13-hour period to ensure social separation.

The counting of votes will begin as soon as the polls shut, and the winner has previously been determined within hours. Some observers, however, believe that the Covid measures will slow down the process this year, and that the campaign will be closer than polls predicts, citing the big turnouts at Robredo's rallies.

The Philippine police and military declared a state of emergency on Sunday ahead of the poll, with the armed forces leader, Lt Gen Andres Centino, pledging to ensure "safe, accurate, free, and fair elections."

The winner will take office on 30 June and lead for a single, six-year term.