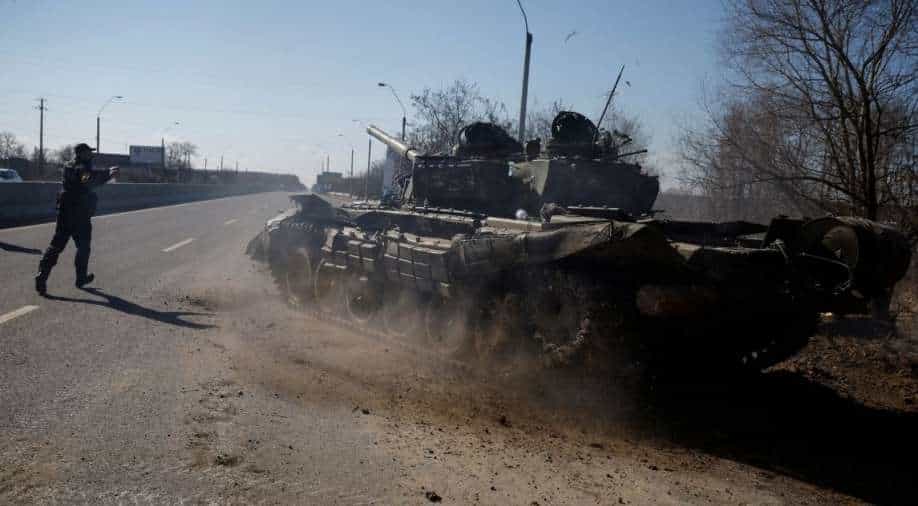 A senior Pentagon official said on Wednesday (March 23) claimed that the Ukrainian forces have pushed back Russian forces on the frontlines east of Kyiv.

The official further told that the Russian army started to establish defensive positions on several fronts in the country as it has retreated more than 30 kilometres east of Kyiv in the past 24 hours.

"The Ukrainians have managed to push the Russians back 55 kilometres east and northeast of Kyiv. That is a change from yesterday, the senior official, who requested anonymity, told reporters.

Pentagon on Tuesday (March 22) had estimated that Russian forces were around 20 kilometres from the centre of the capital.

As per the official, to the northwest, "they're [Russian forces] basically digging in and they are establishing defensive positions. So it's not that they're not advancing. They're actually not trying to advance right now."

Meanwhile, CNN reported quoting the official that Russian forces are becoming more active in the eastern part of Ukraine in the Donbas area.

The report quoted the official as saying that Russian forces have "applied a lot more energy" in the Luhansk and Donetsk regions, the two areas the Kremlin declared as independent republics ahead of last month's invasion.

"We're starting to see them sort of dig in around Kyiv, but really trying to go more on the offence than they have been, more energy apply to that eastern part," the official said. "So that's a little bit of a change from what we've been talking about before," the official added.

The claims were made a day after Pentagon spokesman John Kirby said that the Ukrainians are "in places and at times going on an offensive." He added they are "going after Russians and pushing them out of places."