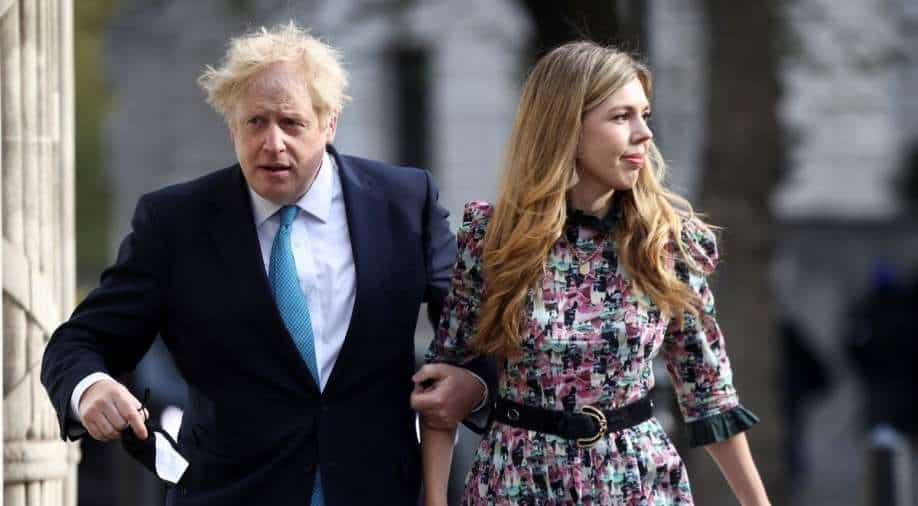 On June 19, 2020, up to 30 staff were said to have attended a party at Downing Street for Boris Johnson's birthday

The United Kingdom Prime Minister Boris Johnson's wife Carrie's text messages related to a potential coronavirus (COVID-19) rule-breaking event in the Downing Street flat might get published, the Sunday Times report on May 29. The report added that there is apparently evidence that Carrie had organised a gathering on 19 June 2020 for the PM's 56th birthday. The Johnson government was slammed for organising wine-fulled parties at Downing Street when such gatherings were banned across the country during the lockdown.

ALSO READ | Was Sue Gray's Partygate probe report tampered with to save some civil service staff?

The event allegedly held by Carrie was not examined by the Sue Gray inquiry, it is not part of the published report. Meanwhile, Labour has called for a probe. Party's deputy leader Angela Rayner urged Mr Johnson to "come clean".

On June 19, 2020, up to 30 staff were said to have attended a party at Downing Street for Johnson's birthday. During that time, social gatherings were only permitted between six people outside.

As shown in the photos, the country's finance minister Rishi Sunak was also present. The event apparently lasted from 2:25-2:45 pm "throughout which the prime minister was present". He, Sunak and Carrie were all fined for the event by London's Metropolitan Police.