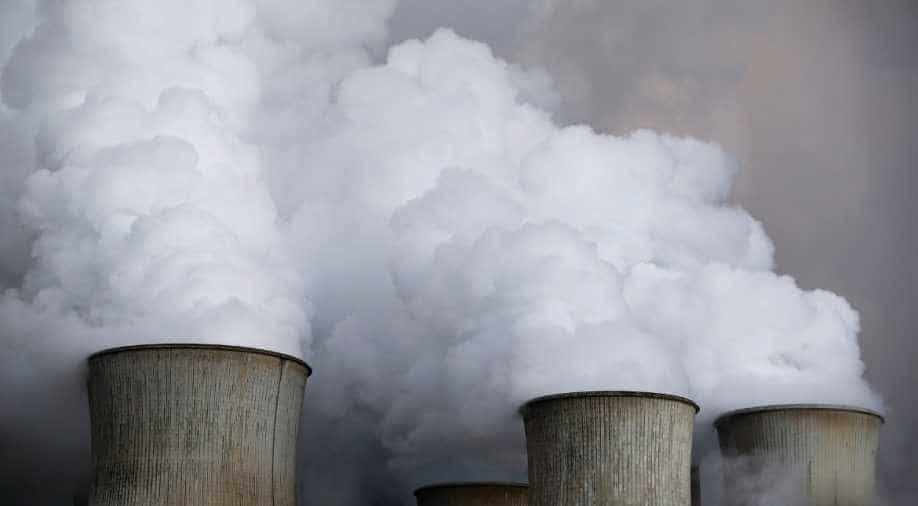 The Paris accord aims to reduce emission of greenhouse gases by all countries and bring the average world temperature well below 2 degree Celsius. Photograph:( Reuters )

"This is a moment to celebrate," said United Nations climate chief Patricia Espinosa. "It is also a moment to look ahead with sobre assessment and renewed will over the task ahead."

The Paris Agreement seeks to wean the world economy off fossil fuels in the second half of the century, limiting the rise in average world temperatures to "well below" 2.0 degrees Celsius (3.6 Fahrenheit) above preindustrial times.

It takes effect as greenhouse gas emissions are projected by 2030 to exceed by 12 billion to 14 billion tonnes what is needed to keep global warming to the internationally agreed target, the United Nations said this week.

Representatives from nearly 200 countries on Monday will convene in Marrakesh, Morocco for two weeks to discuss the nuts and bolts of the Paris accord and the policies, technology and finance needed to ensure the Paris goals are achieved.

"The timetable is pressing because globally greenhouse gas emissions which drive climate change and its impacts are not yet falling – a fact which the Marrakesh meeting must have at the front of its concerns and collective resolve," said Espinosa.

"Donor countries made a strong commitment in Paris. And now we must turn those commitments into action," he said.