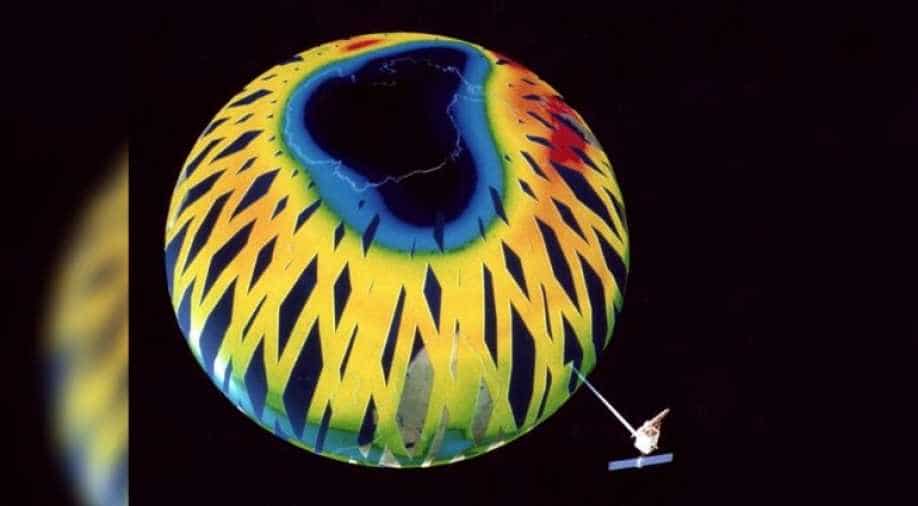 Based on daily data, the hole may totally disappear in the upcoming few weeks

The ozone layer is acting up, again!

Two days ago, a new hole was reported in the layer above the Arctic. According to scientists, this is owing to uncannily low temperatures in the atmosphere right above the North Pole.

The hole has broken the record of all ozone holes ever. The Guardian reported that the hole, however, poses no threat to human beings, unless it moves south to areas like Greenland, which could cause sunburn among people exposed to the sun rays.

Based on daily data, the hole may totally disappear in the upcoming few weeks.

Clubbed with anti-sustenance human activities, the presence of chemicals like choline and bromine in the atmosphere causes such holes to appear in the ozone layer.

The global shutdowns triggered by coronavirus have drastically reduced air pollution, and have reduced greenhouse gas emissions. This is, in no way, related to the crisis.

However, it is also not clear whether this hole was created due to the climate crisis.

The Copernicus Atmosphere Monitoring Service was responsible for tracking the hole.

Even though a rare event, it doesn’t compare to a much larger hole in the ozone layer above Antarctica, which can caused anxiety among scientists for over four decades.

Also read: Is the COVID-19 crisis causing a dangerous spike in the circulation of counterfeit medicines?

The 1987 Montreal Protocol was created in the aftermath of the gigantic hole’s discovery, which has led to the reduction of ozone-depleting chemicals.

In November last year, the big hole recorded its smallest size ever!

In the absence of the ozone layer, humans would not be able to survive on the planet, as the harmful ultraviolet radiation from the sun would seep in.