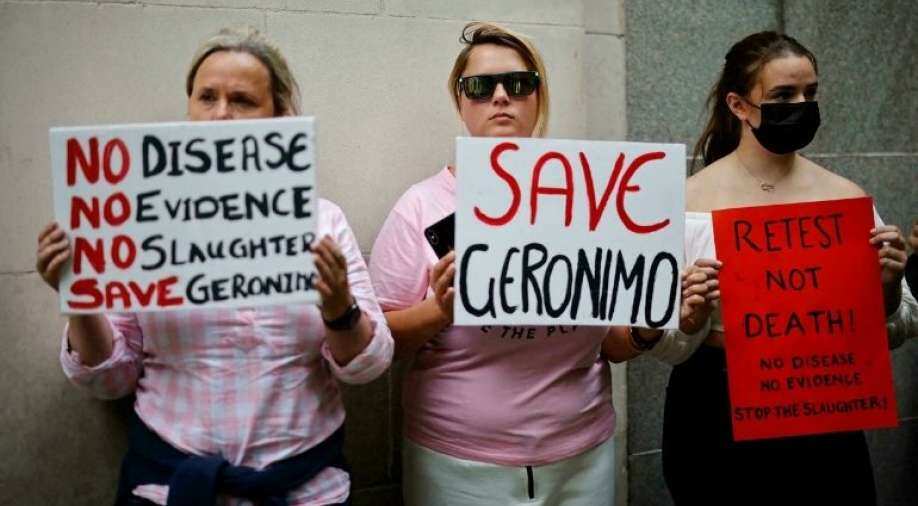 Owner Helen Macdonald, who imported Geronimo from New Zealand, took the government to court, in a last-ditch effort to save him after losing a final appeal this month

Geronimo the alpaca, whose fight for life after testing positive for bovine tuberculosis has dominated British media in recent weeks, will be put down, a judge ruled on Wednesday.

More than 130,000 people signed a petition calling on the government to offer the animal a reprieve, arguing that the two test results were likely false positives.

Owner Helen Macdonald, who imported Geronimo from New Zealand, took the government to court, in a last-ditch effort to save him after losing a final appeal this month.

Also read: 'If you can't handle it, leave': Spanish village tells tourists to not visit if they don't like roosters and cows

But a High Court judge in London refused to grant a temporary injunction that would have halted enforcement of the order to destroy the animal.

Judge Mary Stacey concluded there was "no prospect" of Macdonald succeeding in her bid to reopen the case.

The government said it would give Macdonald time to arrange her pet's destruction.

"There are no plans to execute the warrant today," said a government spokesman.

"We are sympathetic to Ms Macdonald's situation, just as we are with everyone with animals affected by this terrible disease.

Also read: China villagers learn to live with the elephant in the room

"While nobody wants to cull infected animals, we need to do everything we can to tackle this disease to stop it spreading and to protect the livelihoods of those affected."

Dozens of protesters last week marched to Downing Street from the agriculture ministry, casting doubt on the accuracy of positive tests showing Geronimo has bovine TB.

MacDonald has vowed to stand in the way of government vets ordered to carry out the planned euthanasia, with Geronimo's plight making headlines in UK newspapers for days.

Environment Secretary George Eustice, a former farmer, said he sympathises with Macdonald, a vet and alpaca breeder who has a farm in Gloucestershire, western England.

But he maintained the ministry uses a "highly specific and reliable test" and Geronimo must be put down.