Over 230 migrants enter Spain's Melilla enclave after scaling the fence 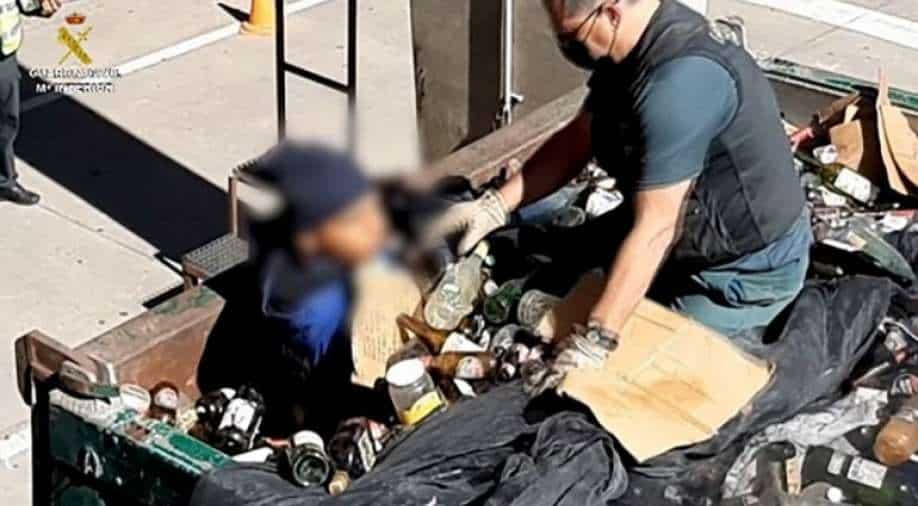 More than 230 migrants crossed the Moroccan border into Spain's Melilla enclave before dawn on Thursday, in one of the largest influxes into this tiny North African territory in recent years.

The incident occurred two months after an unprecedented 10,000 people surged into Spain's other enclave of Ceuta, exacerbating a diplomatic crisis between Madrid and Rabat.

In a statement, the Spanish government delegation in Melilla said: "a huge influx" of more than 300 migrants had tried to cross the frontier at 6:50 am with 238 of them successfully scaling the fence, all of them men.

It said they used "hooks" to scale the frontier which they managed to do despite the fact the border fence was equipped with "anti-intrusion" measures, without specifying what they were.

Three Guardia Civil police officers suffered "slight injuries" from the hooks used by those crossing the fence, it said. The migrants were taken to a reception centre where they will be quarantined in line with anti-Covid safety procedures.

Since mid-May, hundreds of migrants have tried to rush the Moroccan border fence into Melilla, with nearly 300 of them making it across.

Thursday's incident raised that number to more than 500 in just over two months.

Spain's two tiny enclaves of Ceuta and Melilla have Europe's only land border with Africa, making them a magnet for migrants desperate to escape grinding poverty and hunger.

Over the years, thousands of migrants have attempted to cross the 12-kilometre (7.5-mile) border between Melilla and Morocco, or Ceuta's eight-kilometre border, by climbing the fences, swimming along the coast or hiding in vehicles.

The two territories are protected by fences fortified with barbed wire, video cameras and watchtowers.

Claimed by Morocco, the two cities have long been a flashpoint in diplomatic relations between Rabat and Madrid, which insists both are integral parts of Spain.

In mid-May, Spain was caught off guard when more than 10,000 people swam or used small inflatable boats to cross into Ceuta territory as the Moroccan border forces looked the other way.

Although most were quickly sent back, there were still more than 2,000 left inside the enclave, among them 1,185 unaccompanied minors, a spokesman for the government delegation in Ceuta told AFP on Thursday.

The influx took place during a diplomatic crisis between Madrid and Rabat over Western Sahara, which has long pushed for independence from Morocco.

Madrid had angered Morocco by allowing the leader of Western Sahara's independence movement into Spain for hospital treatment for a severe case of Covid-19, sparking a tetchy standoff between the two countries.

The unprecedented border breach was widely seen as a punitive move by Rabat.

You've got mail from Mars, open for magic and wonder