Over 140 arrested after party invitation goes viral in California 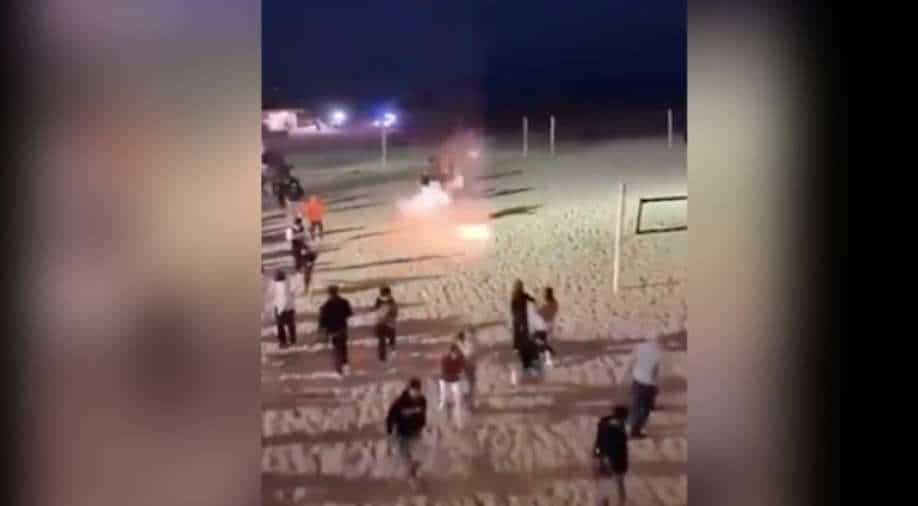 Social media clips showed fistfights breaking out among people, and an immense number of firecrackers

Nearly 150 people were arrested for unlawful assembly after a birthday party invitation went viral on TikTok.  Hundreds of people showed up at a party in Southern California beach on Saturday night.

A user named “adrian.lopez517” had posted an invitation on TikTok, urging “anyone” to come to his birthday celebrations. Since then, the video has been deleted. According to The Orange County Register, the party was taking place by the fire pits at Huntington Beach on Saturday night.

The hashtag “AdriansKickBack” has received 180 million views on TikTok so far. Many partygoers referred to the celebrations as the first party since COVID-19 pandemic began.

"Adrian’s kickback", a party promoted on TikTok video, grew unruly as a crowd of 2,000+ people set fireworks off in street & committed acts of vandalism at Huntington Beach in state of California. Social media videos show a party gone out of control. pic.twitter.com/q0MPzf6uZX

At least 400 people had showed to a pre-party event on Friday evening around a lifeguard tower, AP reported. Soon after, partygoers set off firecrackers near the fire pits, after which officers declared unlawful assembly. Many people scattered after the police intervened.

Also read: Free at last to hug and party: UK reopens for business

But on Saturday evening, a larger crowd comprising 2,500 people showed up at the beach before shifting to the downtown area. Officers again ordered the crowd to disperse, in addition to issuing an overnight curfew while receiving backup from other law enforcement officials.

Social media clips showed fistfights breaking out among people, and an immense number of firecrackers. Officers were shown dressed in riot gear attempting to control crowds. Many non-lethal rounds were also fired.

The 149 people who were arrested include 121 adults and 28 minors who were reportedly booked for vandalism, illegally setting off fireworks, trespassing curfew rules among many. No significant injuries were reported, but a number of vehicles and businesses were damaged.

Also read: Want to party? You might need a ‘vaccine passport.’