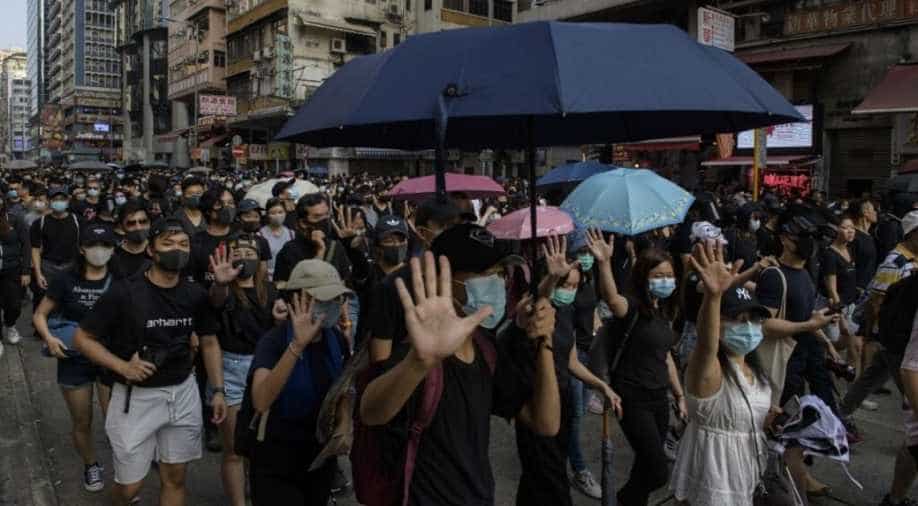 Hong Kongers took to the streets to voice their anger over a now-withdrawn extradition bill in June.

Hundreds of protesters in China-ruled Hong Kong gathered in a central park on Sunday to call for democratic reforms and denounce communism, as police stopped and searched people on nearby streets and in metro stations.

The "Universal Siege Against Communism" demonstration was the latest in a relentless series of protests against the government since June when Hong Kongers took to the streets to voice their anger over a now-withdrawn extradition bill. 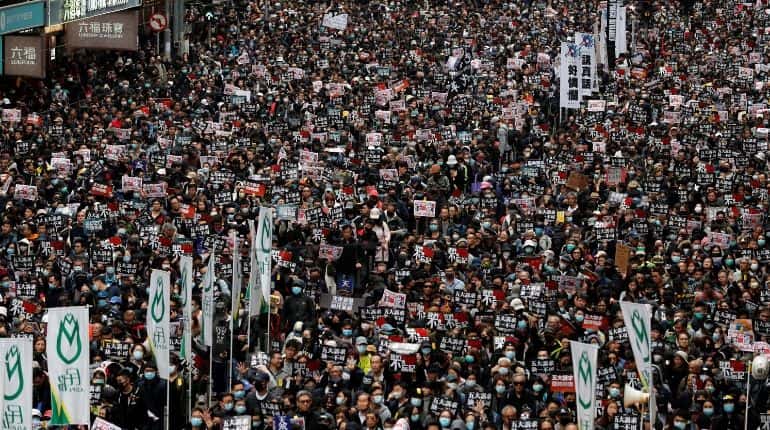 The protests, which have since broadened to include demands for universal suffrage and an independent investigation into police handling of the demonstrations, have lost some of their intensity in recent weeks.

Also read: Will work with new Chinese envoy to get back on 'right path': Hong Kong's Carrie Lam

In an apparent new tactic, police have been showing up ahead of time in riot gear, with officers conducting "stop and search" operations near expected demonstrations. A water cannon truck and armoured jeeps were also visible on central streets on Sunday.

"Everyone understands that there’s a risk of stop-and-search or mass arrests. I appreciate Hong Kong people still come out courageously, despite the risk,” said organiser Ventus Lau.

Lau initially applied for a permit for a march, but the police only gave a green light for a static rally instead, saying previous marches have turned violent.

On January 1, a march of tens of thousands of people ended with police firing tear gas to disperse crowds.

At Sunday's rally, more than one thousand people gathered in a park surrounded by some of Hong Kong's tallest skyscrapers, chanting pro-democracy slogans as they listened to speeches by activists.

Youngsters, dressed in black and covering their faces, mixed with older people and families with children and the atmosphere was relaxed.

In one corner, a group of volunteers set up a stand where people could leave messages on red cards for the lunar new year to be sent to those who have been arrested. One read: “Hong Kongers won’t give up. The future belongs to the youth”.

Authorities in Hong Kong have arrested more than 7,000 people, many on charges of rioting that can carry jail terms of up to 10 years. It is unclear how many are still in custody. 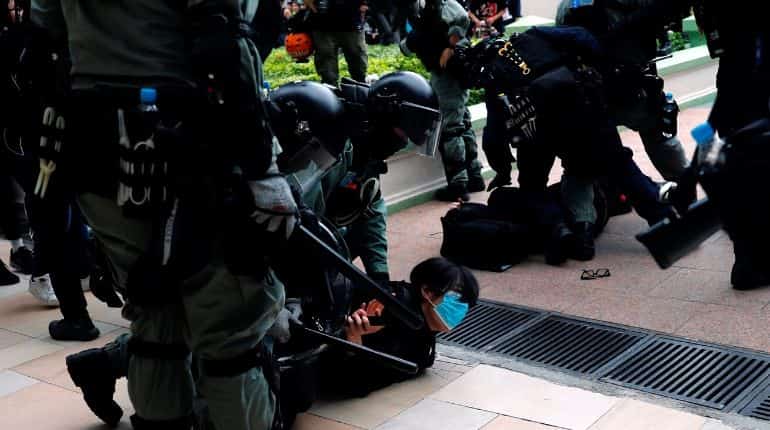 Anger has grown over the months due to perceptions that Beijing was tightening its grip over the city, which was handed over to China by Britain in 1997 in a deal that ensured it enjoyed liberties unavailable in the mainland.

Beijing denies meddling and blames the West for fomenting unrest.