Outrage in Spain over verdict in gang sex attack on teen 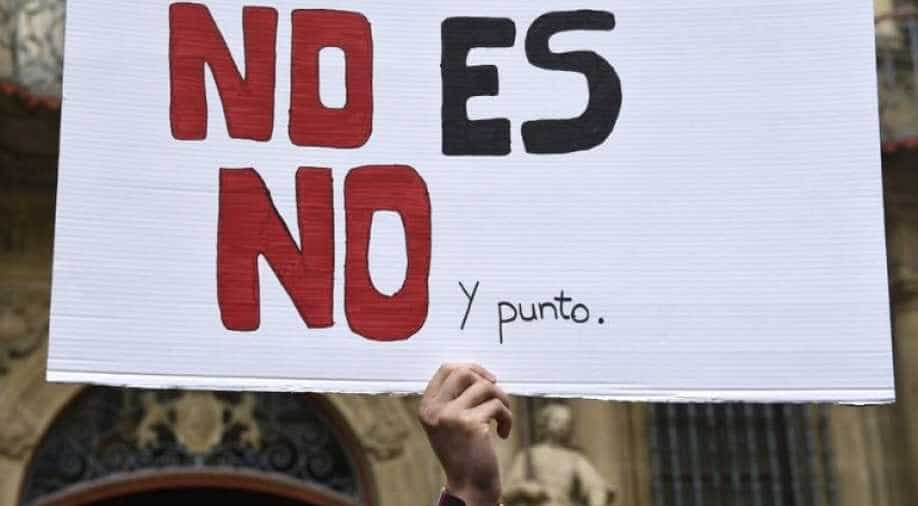 A Barcelona court on Thursday ruled out the more serious charge of sexual assault on the grounds that the victim was in an 'unconscious state' from drugs and alcohol and that the accused had not used 'any type of violence or intimidation' in the attack.

Women's groups and legal experts demanded Friday that Spanish law be changed after five men accused of gang-raping an 14-year-old girl were convicted on a lesser charge of sexual abuse on the grounds the unconscious victim did not fight back.

A Barcelona court on Thursday ruled out the more serious charge of sexual assault -- the legal equivalent of rape in Spain -- on the grounds that the victim was in an "unconscious state" from drugs and alcohol and that the accused had not used "any type of violence or intimidation" in the attack.

"She did not know what she was doing and, therefore, could not decide whether to accept or oppose the sexual relations she had with the majority of the accused," the court said.

The five men were handed between 10 and 12 years in prison.

A conviction for sexual assault would have carried jail sentences of between 15 and 20 years.

Two other defendants were acquitted of involvement in the attack which took place in October 2016 at a party in an abandoned factory in the town of Manresa in the northeastern region of Catalonia.

The court also ordered the men to pay the victim 12,000 euros ($13,500) in compensation, describing the assault as "extremely intense and especially degrading".

"The problem is not the verdict, it's the criminal code" which states that intimidation or violence must be proven for a person to be convicted of rape, said Montserrat Comas of the progressive Judges for Democracy association in Catalonia.

Spain's laws must be changed to define rape as all sex without consent, as is the case in most other European nations, she told news radio Cadena Ser.

It is also required by the Istanbul Convention, an international treaty on preventing and combating violence against women which Madrid ratified in 2014, she added.

"The facts are especially horrendous because we are talking about a 14-year-old minor," Comas said.

The case has been likened to the so-called "Wolf Pack" gang rape of a young woman in Pamplona in July 2016 during the northern city's famed bull-running festival which also sparked outrage.

In 2018, five Spanish men were first sentenced to nine years in prison for sexual abuse, in that case, leading to widespread protests and calls for a review of Spain's rape laws.

In June, the Supreme Court increased the sentences to 15 years after upgrading their charges to sexual assault.

Following the initial Pamplona verdict, Spain's Socialist government announced plans to reform the criminal code to stipulate that a woman must give her explicit consent for sex but so far no changes have been made.

Marisa Soleto, head of the Women's Foundation pro-equality group, said in a tweet that the ruling in the Manresa case "was further proof of the need to change the law".

Altamira Gonzalo of the women jurists' group Themis said she felt "much shame and powerlessness" over the verdict.

Barcelona mayor Ada Colau, who has revealed that she was almost raped on two separate occasions in her youth, said the court ruling was "outrageous" and the product of a "patriarchal judiciary".

"I'm not a judge and I don't know how many years in prison they deserve but what I know is that this is not abuse, it is rape!" she tweeted.