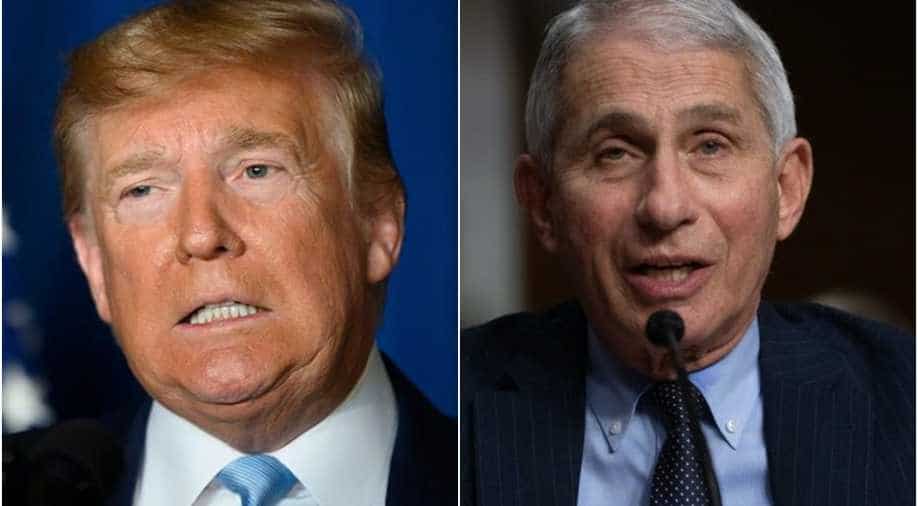 In a rare appearance at the North Carolina Republican Party Convention, the former US President Donald Trump attacked the US infectious disease expert Anthony Fauci over his handling of the coronavirus pandemic in the US.

Labelling him as "not a great doctor but a great promoter", he, ironically, accused Fauci of solely caring about his own image by promoting himself through videos and television appearances.

He also alleged that the expert has "been wrong on almost every issue and he was wrong on Wuhan and the lab also," Trump said.

Happy with his introduction as "our president" by the North Carolina Republican Party Chairman Michael Whatley, Trump urged his supporters to continue trusting him and his party in order to make sure he can 'make America great again'.

Reiterating the false claims of voter fraud in the US election 2020, he said, "the 2020 presidential election, that election, the 2020 presidential election was by far the most corrupt election in the history of our country. There's never been anything like this. They use Covid and they used the mail-in ballots to steal an election. It was the Third World country election like we've never seen before. Look at what took place."

The former reality TV star also accused his opponents of chasing him in a "witch hunt".

He also hinted at a possible re-run in the US election 2024 and claimed he was excitedly waiting for that year. He also alleged that his opponents will not give up the 'witch hunt' till 2024.

Trump also voiced his opinion about bitcoin recently. "Bitcoin, it just seems like a scam. I don’t like it because it’s another currency competing against the dollar ... I want the dollar to be the currency of the world. That’s what I’ve always said," he said.