Trump hits out at Biden for 'bowing down' to China, urges him to 'put America first' 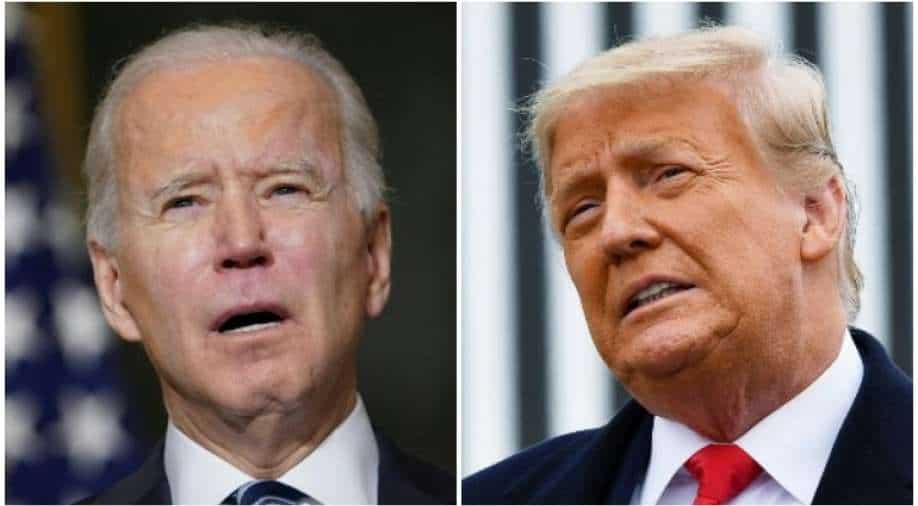 Former US President Donald Trump slammed Joe Biden for being the “most radical left-wing administration in the country”.

While speaking at the North Carolina Republican convention Trump urged Biden to “always put America first”. “We don't put America second. As we gather tonight, our country is being destroyed before our own eyes. Crime is exploding, police departments are being ripped apart and defunded... Is that good politics, defund our police?”, he said.

He also accused the Biden administration of “bowing down to China” and claimed that illegal immigration is “skyrocketing”.

“Gas prices are soaring. Our industries are being pillaged by foreign cyber attacks. That's a lack of respect for our country and for our leaders. And speaking of our leaders, they are bowing down to China, America is being demeaned and humiliated on the world stage. Our freedom is being overtaken by left-wing cancel culture. And the Biden administration is pushing toxic critical race theory and illegal discrimination into our children's race theory," Trump said.

Trump further termed Biden and Democrats as the most “radical left-wing administration in history”, adding that the survival of US is dependent on the election of Republicans at every level in the country.

"...We're not going to let it go any longer. We have to stand up for our values. And we're going to take back our country and take it back at a level that is very, very good for our country. And it's good for our citizens because we can't allow bad things to happen to our country," Trump added.

Trump is eyeing a return to politics by planning a 2024 presidential bid, while urging North Carolina to reject Biden and the “radical Democrats”. This marked Trump’s first public speech after leaving the White House in January, when Biden took over the presidential duties.

Trump is also facing a boycott by social media companies for his role in the January 7 insurrection of the US Capitol.