“It is a popular transshipment destination in the illicit drug trade. Drug trades between countries for example like US and Thailand, Maldives becomes the transshipment destination. The narcotics that are being targeted to the Asian countries like Thailand and Philippines are transited in the Maldives and then transported or smuggled to those countries. These drugs normally come from western countries or somewhere from the US sometimes it’s from Bolivia or some other country.” Aminath Suzee, Deputy Head of Drug Enforcement Department, at the Maldives Police Service told me.

The drug problem is one of the most alarming issues in the Maldives with a population of fewer than 350000 people out of which more than 45% are youth. According to the first National Drug Use Survey in the Maldives released in 2013, there were an estimated 7,500 drug users in the Maldives. Majority of them were young people in the age group of 15-24.

Though the Maldives is neither a drug producing nor a cultivating country, the availability of drugs in the country does not seem to be limited at all.

Journey is an NGO formed by a group of Maldivian who are recovering addicts with a mission to help other addicts. They are working towards raising public awareness on drug addiction and its related issues. Ahmed Nazim, the chairperson of Journey, said that the availability of drugs is not the only reason for drug use, but it does play a role in the drug crisis.

Beginning of the drug crisis

Drug crisis of the Maldives started with the country’s increased exposure to the outside world. Drug-related issues have not been identified as a problem before the mid-1970s. It was said that the appearance of drug abuse in its present form seems to have coincided with the development of tourism industry in the early 1970s. However, there is no solid evidence to correlate this, since the period also witnessed many other changes, including global escalation of drug abuse and increased overseas travel by Maldivians.

According to the United Nations Office on Drugs and Crime (UNODC), official recognition of the drug problem in the Maldives came in 1977 when a person was arrested with 350 grams of hashish. As a result, the first principal legislative act of the Maldives dealing with narcotic drugs and psychotropic substances (The Law on Drugs) was passed the same year in order to help the legal system to deal with it and to act as a deterrent. According to UNODC drugs like heroin and cocaine was introduced to the Maldives in the early 1990s.

Strategic location and its vulnerability

Despite being a small island nation, the Maldives enjoys a strategic location along with key shipping routes. It’s a blessing to be a country like the Maldives which is highly dependent on the imports from other countries but, unfortunately, the goods came with the bad. According to the police, the geographic location of the Maldives does have an impact when it comes to drug smuggling.

“Since Maldives is geographically located in an important area in terms of trade routes, this has a huge impact on drug smuggling. Plays a huge role in the increase amount of drug smuggling into the Maldives. Most of the drugs are smuggled from the neighboring countries like India, Pakistan, Sri Lanka via air and sea,” Suzee said.

Moreover, hundreds of tourists arrive at the Maldives on a daily basis from across the globe, including Asia, Europe and other western countries. The exposure and the location do not only make it easy to smuggle drugs into the Maldives, but also make the country at risk of being used as a transshipment destination in the illicit drug trade.

Actions being taken for prevention

“The Maldives emphasizes the need to join forces, especially among international partners, to effectively counter the world drug problem. In line with this objective, Maldives is working with countries in its region to establish a regional coordination centre for South Asia through the South Asian Association for Regional Cooperation,” said the Maldivian government official at the Thirtieth special session of United Nations General Assembly in 2016.

Maldives Police Service is also making efforts along with other authorities to combat the drug problem in the Maldives.

“To prevent Maldives being used as a transshipment destination in illicit drug trade and to prevent smuggling narcotics into the Maldives, We are building our capacity of detection, we are strengthening security at the airports and seaports continuously and we are focusing on increasing human resource capacity by providing necessary trainings to the officers at the airports and seaports and our anti-drug policies are strengthened as well,” Suzee said.

With tightened surveillance across the Maldives to eliminate smuggling and distribution of drugs, the Maldives police and border authorities have also started using K-9 dogs to detect drug smugglers. Yet more efforts are still needed to overcome the drug problem. 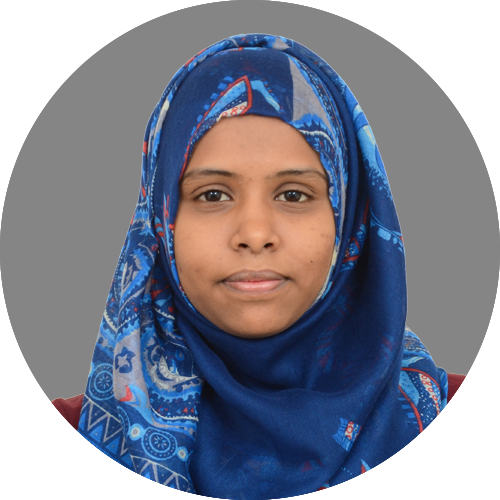