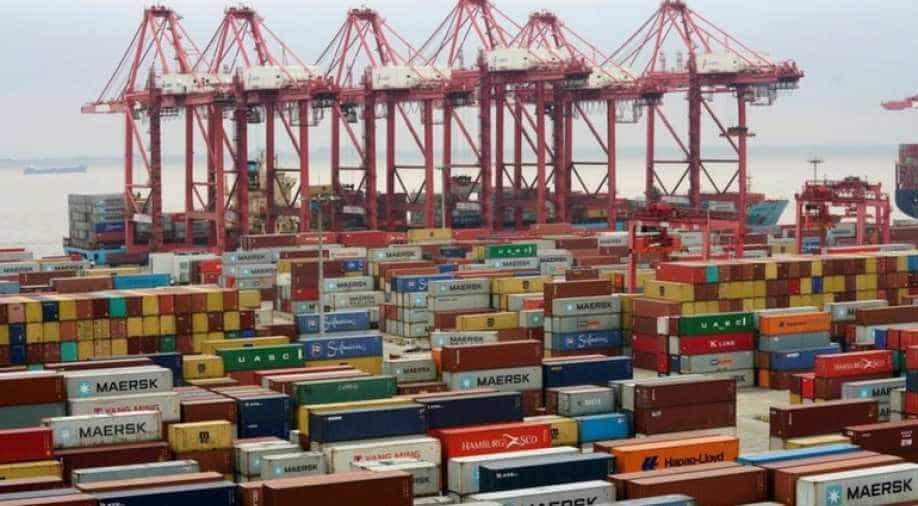 Since the president claims to be acting on behalf of working-class Americans, it’s fair to ask: How do tariffs actually affect them?

President Donald Trump justifies tariffs on imports by arguing that “unfair trade policies” have harmed American workers. This has led to a trade war in which the US and China have placed tit-for-tat tariffs on each other’s products.

Most recently, China said it’s ready to slap tariffs on $60 billion in US imports if Trump goes ahead with his threat to tax another $200 billion of Chinese goods.

Since the president claims to be acting on behalf of working-class Americans, it’s fair to ask: How do tariffs actually affect them?

Scholars of international political economy, such as myself, recognize that trade hasn’t always been good for poorer Americans. However, the economic fundamentals are clear: Tariffs make things worse.

The erosion of American manufacturing became a hot-button issue during the 2016 election. And for good reason. Total employment in manufacturing has fallen by 25 percent since 2001, putting about 4.5 million workers out of a job.

Members of both parties now agree that free trade is largely to blame for this decline. Off-shoring and “bad” trade deals are cited as evidence that trade no longer serves America’s interests.

The Trump administration’s solution is tariffs. In recent months, entry barriers have been erected, first to protect solar panels and washing machines in January and then steel and aluminum in March.

Although he’s fighting these trade battles with many partners, including Canada and Europe, most of Trump’s attention is directed toward China. He claims that China manipulates its currency, fails to protect intellectual property and stunts economic innovation. Sweeping tariffs – beginning with a 25 percent increase on $34 billion of Chinese imports – are an attempt to combat those issues.

Trump has said another $200 billion in tariffs are ready to go – and that he’s even prepared to tax everything China sends to the U.S.

Unfortunately, there are several reasons to think that tariffs will only harm those Trump wants to protect.

The purpose of a tariff is to help domestic companies.

Tariffs are a tax on imports. As taxes go up, so do the prices of foreign goods. Consider the metal tariffs. Foreign imports of steel and aluminum became more expensive overnight – to the tune of 25 and 10 percent, respectively. Higher prices drive down consumption of foreign goods while bolstering demand for domestic equivalents.

Unfortunately, protecting a few narrow industries can generate much broader costs. Not least, consumers now have to pay more for everyday goods.

Trump’s tariffs on Chinese imports go far beyond steel and aluminum and affect a wide variety of basic products, from consumer electronics to shoes and apparel.

That’s not a problem for higher earners who can absorb the extra costs. But, for those with more limited incomes, who are especially vulnerable to tariff increases, price hikes can quickly gobble up take-home pay.

Basic necessities such as food and clothing make up a larger share of working-class household expenditures when compared to higher-income families. And most of those products are imported. Foreign producers make up an overwhelming percentage of sales of many basic goods, such as shoes. In fact, one manufacturing industry group reports that 80 percent of Walmart’s suppliers are housed across the Pacific.

One 2017 paper estimated that a 10 percent across-the-board increase in tariffs on imported goods would cost the poorest 20 per cent of earners $300 a year.

That’s a meaningful chunk of the less than $13,000 earned by the poorest US households in 2015. Moreover, Trump’s first round of tariffs weren’t the 10 percent used in the study. They are 25 per cent.

And the president isn’t stopping there. While the White House initially threatened a 10 percent tariff increase on the next $200 billion of goods he’s targeting, officials are reportedly considering raising that to 25 per cent.

Taken together, this means the real impact of tariffs on household incomes could be more than double earlier estimates.

Tariffs also have negative consequences for American producers that rely on foreign inputs.

The metals tariffs, for example, mean that manufacturers of cars, aircraft and tractors all have to pay more to produce their goods. Hence the vocal opposition to Trump from companies such as Ford and Boeing. Their costs are now going up, endangering their competitiveness.

What this also means is that tariffs put jobs at risk – far more than they help protect.

Trump’s recent steel and aluminum tariffs were said to benefit as many as 400,000 workers. But 10 times as many workers – 4.6 million – are employed in industries that rely on metals as a core input.

The comparison is even starker for solar panels. About 2,000 workers directly manufacture solar panels in the United States. However, 260,000 work in related industries such as installation and maintenance. Those workers depend on a thriving solar market – a market that has stagnated since the tariffs.

If one wants to count jobs, the numbers simply don’t add up to a net benefit for the US economy.

Tariffs make it harder to do business abroad

Beijing wasted no time in responding to Trump’s tariffs, announcing duties of 15 percent to 25 per cent on nearly $45 billion of US exports to China, mostly agricultural products. And more will be coming if the war escalates, with some of the highest tariffs being put on food products.

Of course, targeting agrarian goods is a strategic decision. Agriculture is one of the United States’ few remaining export-oriented sectors. And, since China is the second-largest buyer of US agricultural exports, farmers are particularly vulnerable to retaliation. If a country wants to hit the US economy where it hurts, target agriculture.

China did exactly that, hitting US producers of soybeans, corn, poultry and beef particularly hard. As a result, agricultural workers will find it more difficult to make a living in a sector where incomes have historically lagged behind the national average of all industries.

And poorer areas of the country will be harder hit than others. Three of the states that are the most vulnerable to retaliation – Louisiana, Alabama and South Carolina – all have per capita incomes far below the national average.

That means that poorer households, in poorer states, face the greatest threat if export-dependent agricultural companies can’t do business with one of their most important trade partners.

This is not to say that removing all trade barriers and opening the U.S. economy to all comers will solve the problems facing working-class and poorer Americans.

No one argues that trade is cost-free. Some industries inevitably contract due to foreign competition. And workers in those industries aren’t easily employed in the new jobs that are created.

But there’s something else that costs jobs, too: trade wars.

As tensions continue to escalate, poorer households, already struggling to keep up, will face additional downward pressure on their incomes. That’s bad news for the workers whom Trump promised to help.