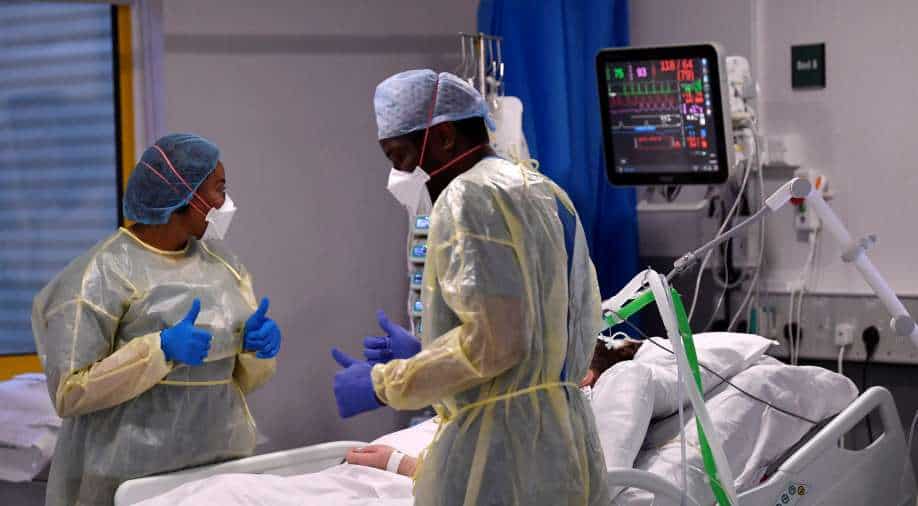 More than 11 million people have now tested positive for the disease in UK Photograph:( Reuters )

For the second consecutive day, the UK registered a record 88,376 Covid infections in 24 hours on Thursday, the highest daily since the pandemic began.

According to the latest data from the government’s coronavirus dashboard, the total number of deaths soared to 147,000, with 146 people succumbing to the virus.

The previous highest daily spike was on January 8 this year, when 68,053 cases were recorded.

It is also higher than last week when the country reported 51,342 coronavirus cases on December 8.

The UK is becoming a new focus for the Omicron outbreak ever since the country first detected on November 27.

More than 11 million people have now tested positive for the disease in the UK, which has a total population of around 67 million, according to the government's figures.

Warning of a “tidal wave” of infections, Prime Minister Boris Johnson has imposed strict restrictions on the backdrop of rapidly spreading Omicron variant.

Also read | Covid vaccines likely to be less effective against Omicron variant: WHO

Speaking at a news conference on Wednesday, the British prime minister said the doubling rate of omicron in some regions is now down to less than two days.

“I’m afraid we’re also seeing the inevitable increase in hospitalizations up by 10 per cent nationally week on week and up by almost a third in London,” he added.

“But we are also seeing signs of hope,” said Johnson, referring to people’s response to an emergency omicron appeal launched on Sunday.

“I want to say that each and every one of you who rolls up your sleeve to get jabbed is helping this national effort, and I want to thank everyone who has come forward,” he added.