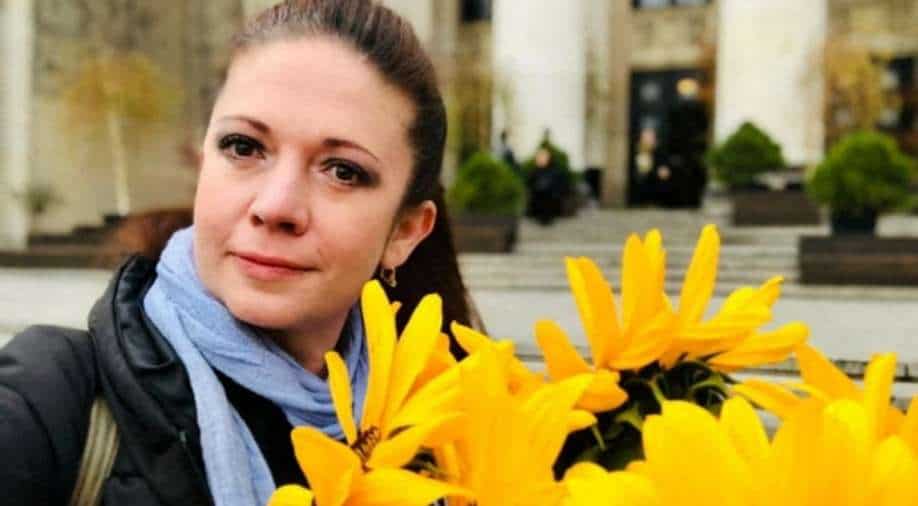 Russian Journalist Oksana Baulina, who was killed during shelling in Kyiv according to a Russian investigative website, takes a selfie in an undated photo obtained from her Facebook profile March 23, 2022. Photograph:( Reuters )

The outlet in its statement also noted that during the shelling, another civilian was also killed alongside Baulina and two other people were wounded

The ongoing Russia-Ukraine conflict has caused mass destruction with civilians feeling Ukrainian cities to save their lives. The situation continues to deteriorate, with bombing and shelling by the Russian military.

In the latest development, a Russian journalist named Oksana Baulina was killed during shelling. She was working for the investigative news outlet The Insider and was killed when Russian troops shelled a residential neighbourhood in the Ukrainian capital.

Since the conflict began a month ago on February 24, at least five journalists have died while covering the Russian invasion.

On Wednesday (March 23), the media outlet on its website said, "Insider journalist Oksana Baulina died during a bombardment in Kyiv while carrying out an editorial assignment ... another civilian died with her."

The outlet, whose editorial offices are based in Latvia, in its statement also noted that during the shelling, another civilian was also killed alongside Baulina and two other people were wounded.

Important to note that Baulina previously also worked for Russian opposition leader Navalny's anti-corruption group. She had worked for Navalny's Anti-Corruption Foundation until it was declared an extremist organisation last year.

ALSO READ | Imprisonment of up to 15 years? Amid Ukraine invasion, Russia intensifies crackdown on media

Navalny's arrest had prompted her to leave the country and focus on reporting on corruption in Russia for The Insider, the news outlet said.

"The Insider expresses its deepest condolences to Oksana's family and friends," it said.

Sergiy Tomilenko, head of the Ukrainian journalists' union, confirmed the death in a statement on Facebook, saying that Baulina was reporting on the aftermath of shelling when she was hit by fresh fire.

As per a report by The Guardian, the 42-year-old Baulina began her career working for lifestyle magazines including Time Out Moscow and In Style.

But after a decade she shifted to more political work and became a producer for Alexander Navalny's Anti-Corruption Foundation.