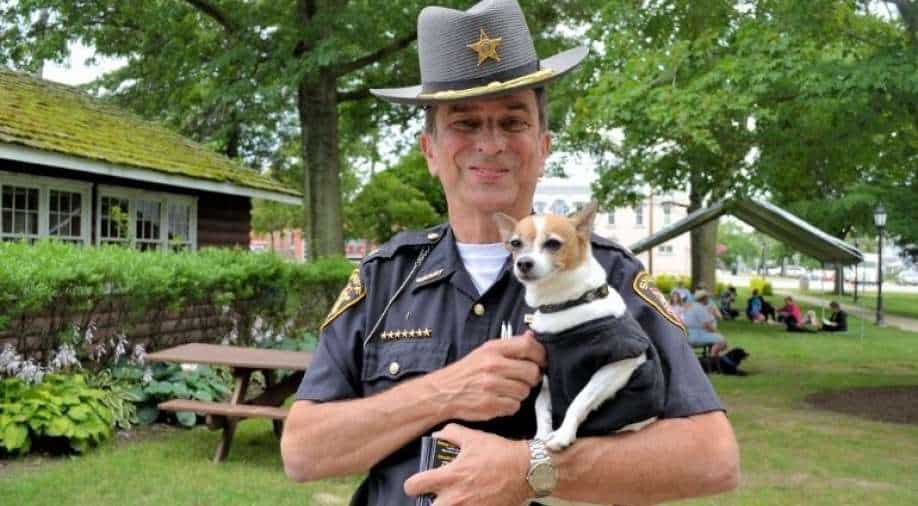 Midge, the 16-year-old crime-fighting pet, stopped breathing hours after she saw her owner lose his battle to cancer

Dogs really are a man’s best friend and they are often known to share the pain of their human parents. One such example is of a Chihuahua-rat terrier cross who died hours after the sheriff she served with lost his life.

Dan McClelland, a 67-year-old sheriff from Geauga County, Ohio, died from cancer in a hospital.

Midge, the 16-year-old crime-fighting pet, stopped breathing hours after she saw her owner lose his battle to cancer.

Today we join our Geauga County family in mourning the loss of Sheriff McClelland and Midge. He will long be remembered for his commitment to his community, his duty, and for all the good that he did. @GeaugaSheriff pic.twitter.com/MXMAZZx5g6

She was also awarded the title of being the world’s smallest police dog in the world by Guinness World Records in 2016, immediately after she joined the police force.

Her small size came in as a plus point when the force needed someone to search under vehicles or in tight spots. She was also known to be a treat for not tearing upholstery of car or furniture, unlike few of the other dogs on the force.