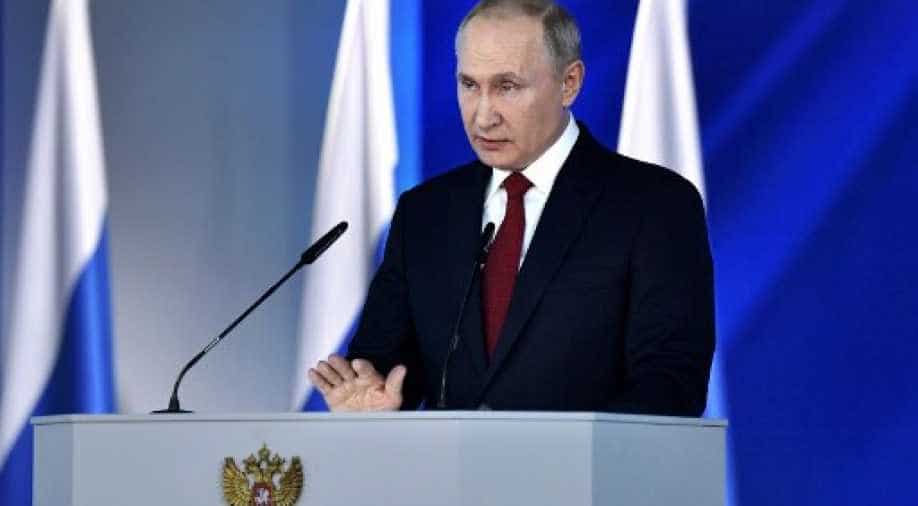 Putin, 67, is set to step down as president in 2024 with Russia set for parliamentary elections in 2021.

Russian President Vladimir Putin today proposed a referendum to give the Parliament more powers to choose the prime minister in a speech, a move which could have far-reaching consequences for the country's future.

"I consider it necessary to conduct a vote by the country's citizens on an entire package of proposed amendments to the country's constitution," Putin said, adding, "We will be able to build a strong prosperous Russia only on the basis of respect for public opinion."

"Together we will certainly change life for the better," he added.

Putin, 67, is set to step down as president in 2024 with Russia set for parliamentary elections in 2021. Under the Russian constitution, a person cannot serve more than two successive presidential terms.

In December, during a marathon press conference, the Russian president had dropped broad hints that he might not seek another term in 2024.

"Your humble servant served two successive terms and then stepped down and had the constitutional right to return to the post of president," he said, adding, "but some of our political scientists and activists do not like this and maybe this could be removed, possibly."

“One thing that could be changed about these (presidential) terms is removing the clause about 'successive' (terms)," Putin said.