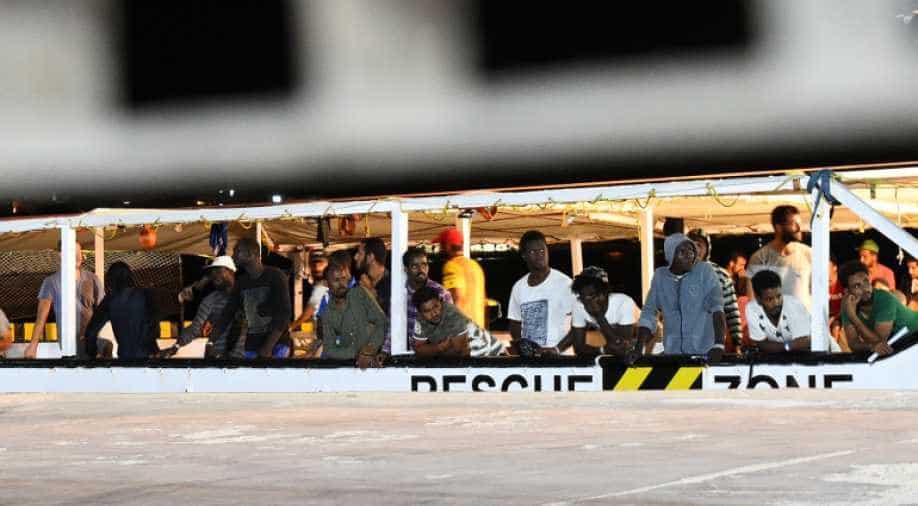 Italian authorities on Monday seized the charity rescue vessel Eleonore with around 100 migrants aboard, who are to disembark after the ship entered Italian territorial waters despite a ban.

"The Eleonore will soon arrive at Pozzallo," Sicily, tweeted German charity Lifeline which operates the vessel.

The ship has been at sea for eight days waiting for a safe port to dock after rescuing around 100 migrants in distress while crossing the Mediterranean.

Italy customs officers seized the Eleonore as part of the draconian legislation after it sailed into Italian waters on Monday.

The ship's captain Claus-Pieter Reisch said he headed for Italy as "the situation on board is life-threatening" because of heavy rain overnight and stormy seas.

Another rescue vessel, the Mare Jonio, with 31 rescued migrants on board was on Monday holding its position in international waters off Italy's southern Lampedusa island awaiting a safe port, Luca Faenzi spokesman told AFP.

A third vessel, the Alan Kurdi operated by German charity Sea Eye, was on Monday sailing between Malta and Italy after also being banned from Italian waters by outgoing far-right interior minister Matteo Salvini.

Salvini, who is being removed from the government after he tried to bring it down, issued a tough security decree earlier this year which fines rescue vessels a million euros and provides for them to be seized and their captains prosecuted if they enter Italian waters without authorisation.

Prime Minister Giuseppe Conte is in talks to form a new government without Salvini.