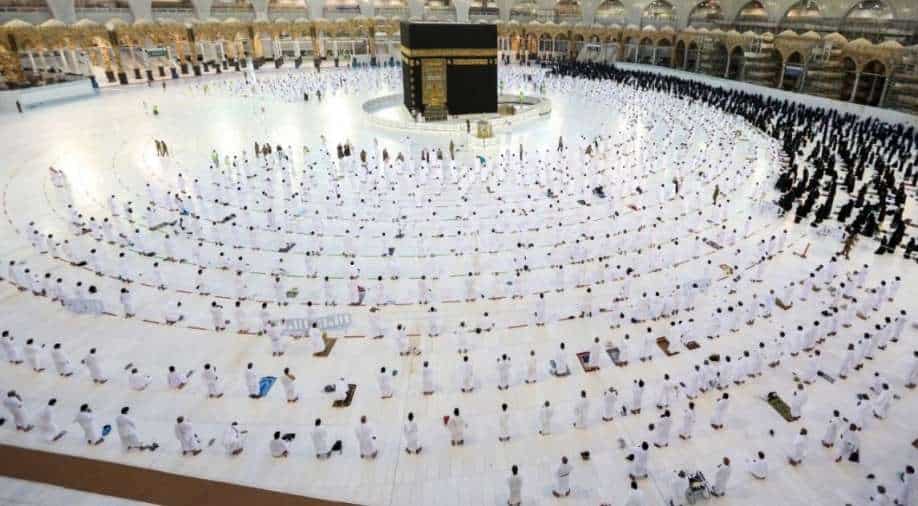 Foreign Umrah pilgrims in Saudi Arabia can extend their stay by up to 30 days (representative image). Photograph:( AFP )

If reports are to be believed, foreign Umrah pilgrims in Saudi Arabia can extend their duration of stay to 30 days.

Ministry of Hajj and Umrah seems to have announced the new directive. Earlier, the foreign Umrah pilgrims were allowed to stay for 10 days only, a report by the Saudi Gazette said.

Earlier, Ministry of Hajj and Umrah of Saudi Arabia had announced that the kingdom has decided to accept foreign pilgrims, who want to perform Umrah in the Grand Mosque of Makkah under the updated coronavirus-related restrictions.

In a statement on Twitter, the Ministry of Hajj and Umrah had shared the requirements of vaccination for Umrah pilgrims, who will be "coming from abroad". It has also shared the list of the jabs approved by the Saudi Arabia.

The list says that the pilgrims must have got two shots of Oxford AstraZeneca, Comirnaty, Pfizer/BioNtech, SK Bioscience, Vaxzevria, Covishield, Moderna or Spikevax or one dose of Johnson & Johnson.