Not so finger-lickin' good: Australian KFC swaps lettuce for cabbage 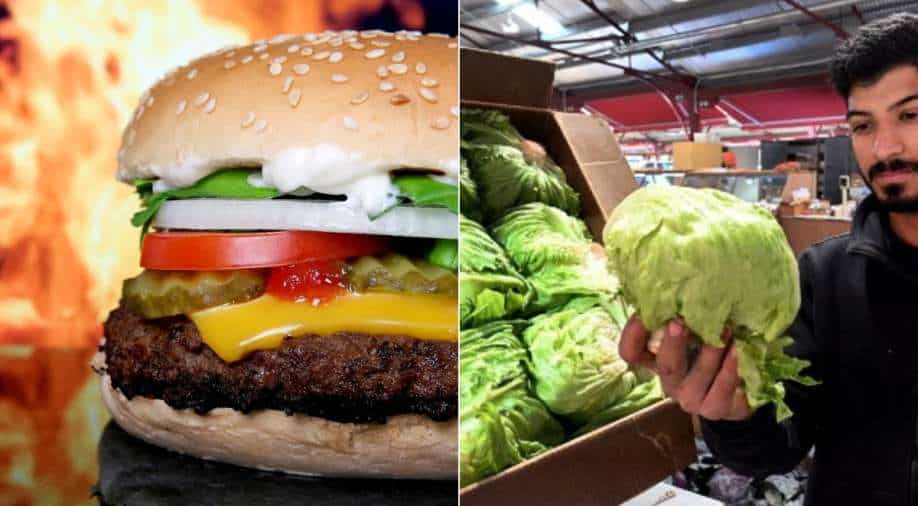 KFC Australia on its website said: "Due to the recent floods in NSW [New South Wales] and QLD [Queensland] we're currently experiencing a lettuce shortage"

Fast-food giant KFC is forced to swap lettuce for cabbage in its products in Australia. The popular restaurant chain said on Tuesday (June 7) that high lettuce prices in the country led the company to switch to a cabbage mix in burgers and other items. However, the customers are not liking it. The switch has prompted customers to complain as the result is less than "finger lickin' good".

The famous Colonel's recipe has been tweaked in some stories after the local price of the verdant leaf soared by as much as 300 per cent in recent months.

The company said that the reason behind such recipe change is the widespread flooding in the country's east.

KFC Australia on its website said: "Due to the recent floods in NSW [New South Wales] and QLD [Queensland] we're currently experiencing a lettuce shortage."

"So, we're using a lettuce and cabbage blend on all products containing lettuce until further notice," it read.

It added: "If that's not your bag, simply click 'Customise' on your chosen product and remove Lettuce from the Recipe."

Notably, a single head of iceberg lettuce in Sydney or Melbourne that once sold for about $2 now goes for close to $8.

However, the customers are not liking it. One of the users on Twitter wrote: "The fact that you are replacing lettuce with cabbage makes me rethink my whole meal at KFC. There's 4 or 5 other things I would eat before cabbage Its such a weird choice."