Not going to know this for 'months', 'years': Trump continues to cast doubt on mail-in voting 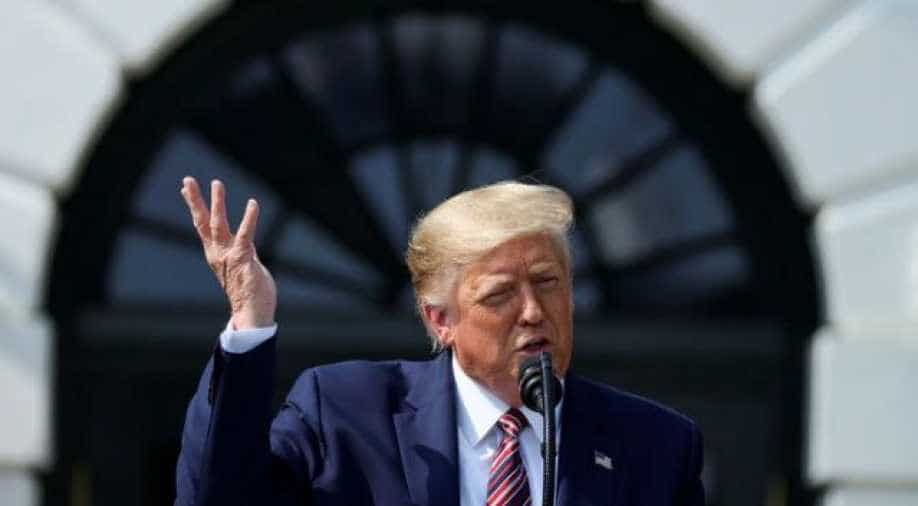 As the presidential election in the United States nears, President Donald Trump continues to sharpen his attacks on the mail-in voting, saying it would take "months" or "years" or "possibly" never to know the exact count from this system.

"Usually at the end of evening, they say 'Donald Trump is has won the election, Donald Trump is your new president'," Trump said at his golf resort in Bedminster, New Jersey in the US.

"You know what? You're not going to know this, possibly, if you really did it right, for months and for years because these ballots are going to be lost, they're going to be gone."

Trump's comments came after he refused to increase the funding of US Postal Service (USPS) for an expected surge in votes this year and his continual attempts to doubt the mail-in voting.

Trump on Sunday also said that the mail-in voting would be "catastrophic".

"It's going to make our country a laughing stock all over the world," Trump said.

House Speaker Nancy Pelosi, in a statement on Saturday, accused Trump of "openly" attempting to "destroy the post office and sabotage its ability to deliver absentee ballots in time to be counted".

"All patriots, Democrats, Independents or Republicans should reject the president's assault on the postal system in this election season," Pelosi said.