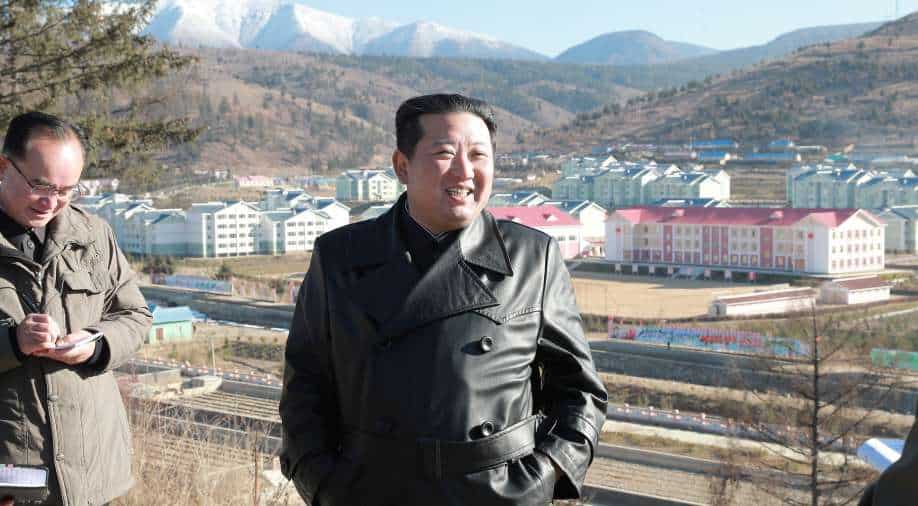 While KCNA did not give further details as to when Kim made the visit, it is the first report of public activity by the leader in 35 days, his longest absence since 2014. He last delivered a speech at an arms exhibition on October 11

In his first public appearance in over a month, North Korean dictator Kim Jong Un visited the northwestern city of Samjiyon, near China border, where his signature construction project is underway.

The North’s Korea Central News Agency (KCNA) said Kim visited the northern alpine city in Ryanggang Province to inspect progress on the final and the “third stage” of the development project, which is expected to be completed by the end of this year.

While KCNA did not give further details as to when Kim made the visit, it is the first report of public activity by the leader in 35 days, his longest absence since 2014. He last delivered a speech at an arms exhibition on October 11.

Kim praised officials for their “lofty loyalty, strong will and sweat” to push forward with the project and said the four-year construction proved “the iron will of our state to achieve prosperity our own way and with our own efforts”.

Located at the foot of Mount Paekdu, the highest peak on the Korean Peninsula, Samjiyon is known to be the birthplace of Kim Jong-un's late father and former leader Kim Jong-il.

The Samjiyon development was supposed to be completed in 2020 in time for the 75th anniversary of the ruling party's foundation, but failed to meet the deadline amid crippling sanctions and a prolonged border closure due to COVID-19.

The mass-scale project includes "the construction of dwelling houses for thousands of families, public and production buildings, educational facilities, a water supply and drainage system, roads, and afforestation and greening and power grid system". according to the KCNA.

North Korea elevated the status of Samjiyon from a county to a city after celebrating the completion of a major construction there in 2019 and has called for transforming the area into the "wealthiest" region in the country.

The latest visit marked Kim Jong-un's first public appearance reported in state media in more than a month, after he addressed a defence exhibition on October 11.