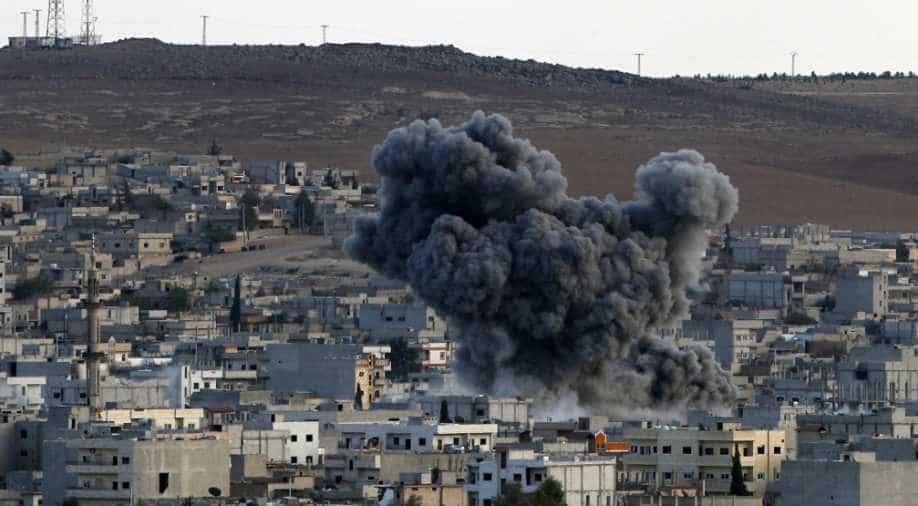 North Korea has been sending equipment to Syria that could be used in chemical weapons manufacturing, US media report, citing findings by UN experts.

The materials include acid-resistant tiles, valves and pipes, reports say.

The allegations come after fresh reports of chlorine gas being used by Syrian forces, which the regime denies.

North Korea is under international sanctions over its nuclear programme.

The supplies reported to have been illicitly sent to Syria by North Korea included high-heat, acid-resistant tiles, corrosion-resistant valves and thermometers. The tiles are said to be used to construct facilities where chemical weapons are produced.

Five shipments were sent to Syria via a Chinese trading firm during late 2016 and early 2017, the Wall Street Journal says. They are allegedly part of dozens of shipments over several years.

The Scientific Studies and Research Center (SSRC) - a Syrian government agency - is said to have paid North Korea via a number of front companies, the newspaper reports.

The report - also seen by the Washington Post - was compiled by the UN Panel of Experts, which assesses North Korea's compliance with UN resolutions.