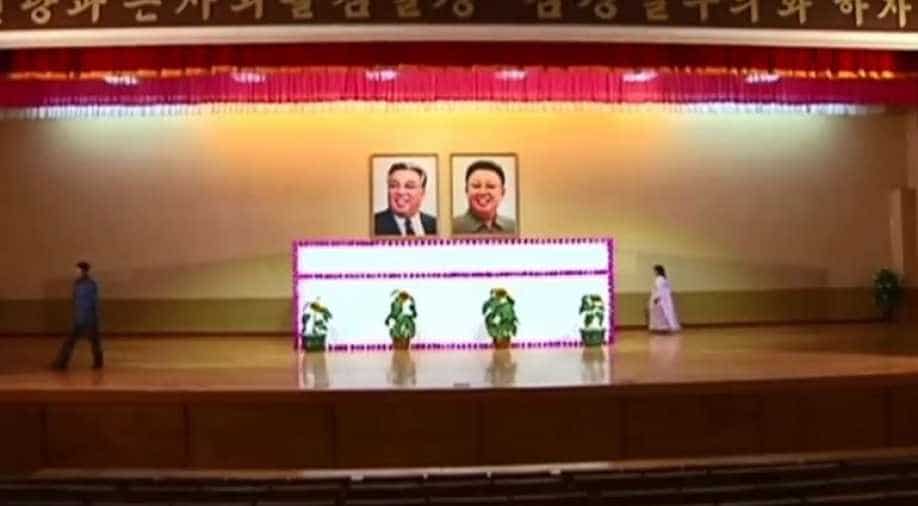 Given the absence of any competition among candidates, elections in the North are essentially a political ritual.

North Korean leader Kim Jong Un voted in nationwide local elections on Sunday that registered the near 100 per cent turnout claimed for every ballot held in the nuclear-armed state.

Given the absence of any competition among candidates, elections in the North are essentially a political ritual which, observers say, allows the authorities to claim a popular mandate while reinforcing loyalty to Kim's regime.

Only those overseas "on foreign tour or working in oceans" were unable to vote, the North's state-run agency KCNA reported Sunday, adding that even "voters troubled with aging or illness cast their ballots into mobile ballot boxes".

The isolated nation holds local elections every four years to elect representatives to provincial, city and county assemblies. Typically, 99 per cent of voters in the de facto single-party state take part in the polls and 99 per cent of them cast "yes" votes for uncontested candidates.

The regime touts the high turnout as an example of its "single-minded unity" to glorify the "Korean-style people-centred socialism".

He "warmly encouraged them to become the faithful servants of the people by fulfilling their duties to live up to the anticipation of the people, being aware of being the representatives of the people", KCNA said.

Kim himself ran in 2014 for the rubber-stamp legislature known as the Supreme People's Assembly, managing a perfect turnout with 100 per cent of votes in his favour.