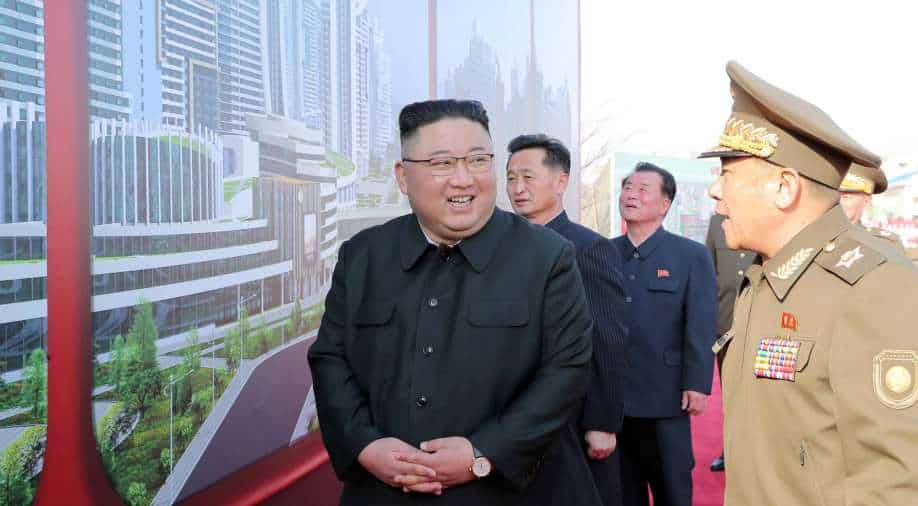 Over the weekend North Korea fired two short-range cruise missiles, US and South Korean officials said, but Biden played down the those tests as "business as usual" and officials in Washington said they were still open to dialogue with Pyongyang.

North Korea fired two suspected ballistic missiles into the sea Thursday, in its first substantive provocation to the new US administration of Joe Biden.

They may have been ballistic missiles, a spokesman for Japan's defence ministry said. "It has not fallen within Japanese territory and is not believed to have come down within Japan's exclusive economic zone," he said.

North Korea's ballistic missiles are banned under United Nations Security Council Resolutions, and if the launch is confirmed it would represent a new challenge to Biden's efforts to engage with Pyongyang, which have so far been rebuffed.

South Korean and US intelligence authorities were analysing the data of the launch for additional information, the JCS said in a statement.

Earlier the Japanese coast guard warned ships against coming close to any fallen objects and instead asked them to provide information to the coast guard.

Over the weekend North Korea fired two short-range cruise missiles, US and South Korean officials said, but Biden played down those tests as "business as usual" and officials in Washington said they were still open to dialogue with Pyongyang.

Biden's diplomatic overtures to North Korea have gone unanswered, and Pyongyang said it would not engage until Washington drops hostile policies, including carrying out military drills with South Korea.

The nuclear-armed North has a long history of using weapons tests to ramp up tensions, in a carefully calibrated process to try to forward its objectives.

Donald Trump's first year in office was marked by a series of escalating launches, accompanied by a war of words between him and North Korean leader Kim Jong Un.

Pyongyang had been biding its time since the new administration took office, not even officially acknowledging its existence until last week.