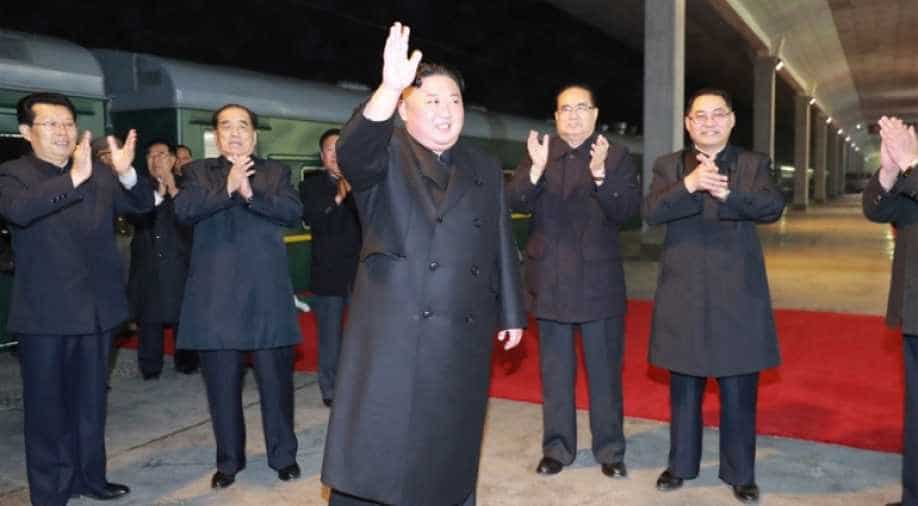 The result of the latest test will have an "important effect" on changing the "strategic status" of North Korea, the spokesman said in a statement carried by the KCNA news agency.

"A very important test was carried out at the Sohae Satellite Launch Site on December 7th, 2019," a spokesman for the North's National Academy of Science said.

The result of the latest test will have an "important effect" on changing the "strategic status" of North Korea, the spokesman said in a statement carried by the KCNA news agency.

The statement did not provide further details on the test.

Kim has also held three meetings with US President Donald Trump since June 2018 but little progress has been made in efforts towards denuclearisation.

The latest test comes as Pyongyang is ramping up pressure ahead of its end-of-year deadline for the US to propose a new offer to kickstart stalled nuclear talks.

On Thursday, the North's vice foreign minister warned of returning to a war of words with the US, threatening to resume referring to Trump as a "dotard" -- Pyongyang's nickname for the US leader at the height of tensions in 2017.

The comments came a day after it warned that if the US used military force against the North it would take "prompt corresponding actions at any level".

At the recent NATO summit, Trump boasted about Washington's "most powerful military", adding: "Hopefully, we don't have to use it, but if we do, we'll use it. If we have to, we'll do it."

Russia says better ties with US up to Biden