Talks with US on denuclearisation off 'negotiating table': North Korean envoy 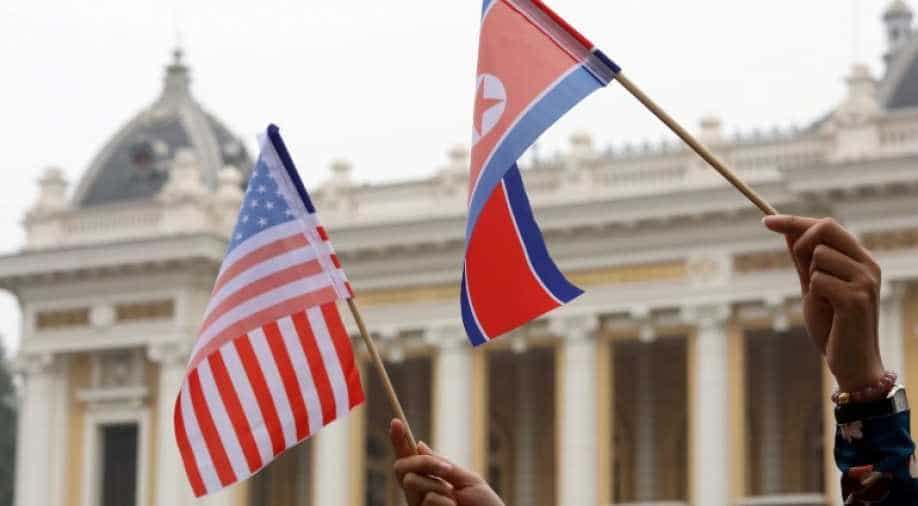 North Korea and the US flags (file photo) Photograph:( Reuters )

The ambassador added that the US's 'sustained and substantial dialogue' was a 'time-saving trick' in order to fulfil its domestic political agenda.

North Korea's ambassador to the United Nations said on Saturday that denuclearisation talks with the United States are off the "negotiating table" and lengthy talks with Washington are not required.

"We do not need to have lengthy talks with the US now and denuclearisation is already gone out of the negotiating table," ambassador Kim Song said in a statement, reported Reuters.

Song added that United State's "sustained and substantial dialogue" was a "time-saving trick" in order to fulfil its domestic political agenda.

The North Korean ambassador's comments reflect Pyongyang's earlier warning that discussions on its nuclear weapons program might end as Washington is refusing to offer concessions.

Tensions between the US and North Korea, rose after Pyongyang gave Washington a year-end deadline to change its policy of demanding unilateral denuclearisation and asked for relief from punishing sanctions.

North Korean leader Kim Jong Un also warned that he could take an unspecified "next path" next year, which raised fears of the development of a nuclear bomb and long-range missile testing suspended since 2017.

On Friday, the US President Donald Trump held a half-hour phone discussion with his South Korean counterpart Moon Jae-in on ways to maintain diplomacy with North Korea, South Korea said. it said that both leaders agreed that the situation has become "severe" and that "dialogue momentum should be maintained to achieve prompt results from denuclearisation negotiations."

Earlier, Trump and Kim Jong Un have met three times since June 2018, but little progress has been made so far. Recently, both nations again started making inflamed statements against each other, which halted two years ago.

On Tuesday, Trump once again called Kim Jong Un "Rocket man", adding that Washington has the right to use military force against Pyongyang. Responding to Trump's statements, North Korea said that repeat of such language would mean "the relapse of the dotage of a dotard."

North Korea, earlier used to describe Trump as a "dotard".