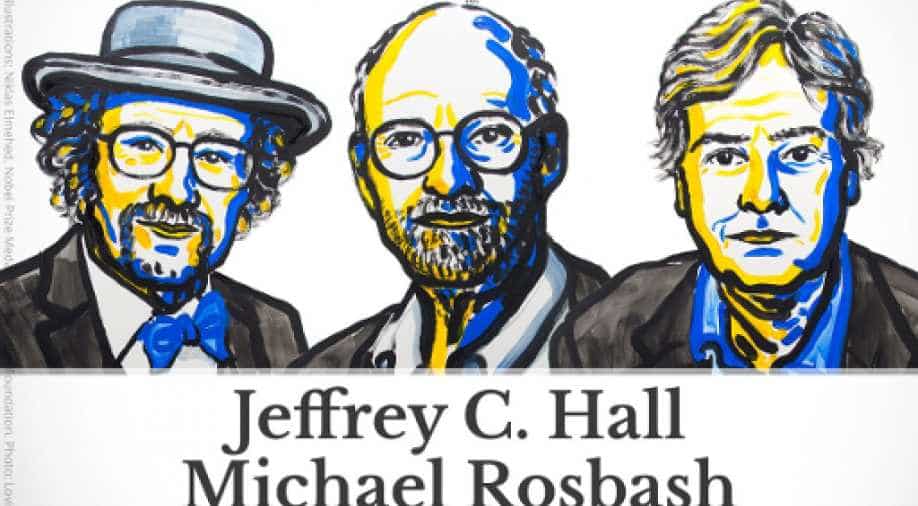 Their discovery helped the world to understand the jet lag phenomena including other disorders like insomnia, depression and heart disease.

Their discovery helped the world to understand the jet lag phenomena including other disorders like insomnia, depression and heart disease.

"This ability to prepare for the regular daily fluctuations is crucial for all life forms," Thomas Perlmann, secretary of the Karolinska Institute Nobel Committee, said.

"This year's Nobel prize laureates have been studying this fundamental problem and solved the mystery of how an inner clock in our bodies can anticipate daily fluctuations between night and day to optimise our behaviour and physiology," the Nobel Committee said.

BREAKING NEWS The 2017 #NobelPrize in Physiology or Medicine has been awarded to Jeffrey C. Hall, Michael Rosbash and Michael W. Young. pic.twitter.com/lbwrastcDN

The winner Michael Rosbash said he was it was "good to have attention".

"It took my breath away, literally. I was woken up out of deep sleep and it was shocking," he told Reuters.

"It's great for basic science. It hasn't had a tremendous amount of practical impact yet, so it's really a very basic discovery... It's good to have the attention on this kind of basic work," the Nobel Prize winner added.

"We were hopeful what we did in the fly would pertain more widely," Michael Young, the other Nobel winner said.

Young added that the trio didn't think the mystery of the circadian rhythm could be revealed in their lifetime.

"Just like puzzle pieces, the genes fell out and the way they work together provided this beautiful mechanism that we now appreciate," Young told Reuters.

Medicine is the first of the Nobel Prizes awarded each year followed by achievements in science, literature and peace.