No one should endure what you did: Jeff Bezos to Khashoggi's fiancee 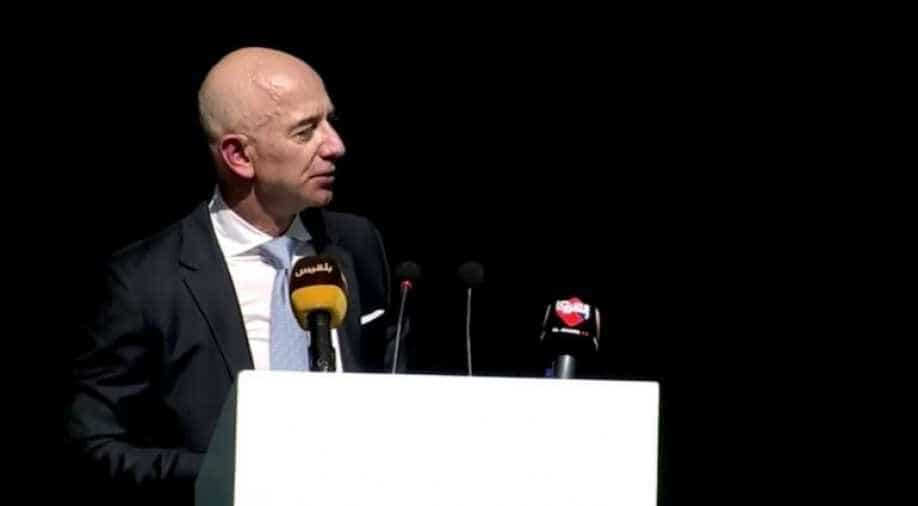 Khashoggi's fiancee Cengiz, who took the stage after Bezos, said she is still seeking an answer on the whereabouts of Khashoggi's body.

Amazon's founder Jeff Bezos made a brief appearance at the vigil held to commemorate the murder of Saudi journalist, Jamal Khashoggi.

Bezos, who is also the owner of The Washington Post where Khashoggi used to be a columnist, told Khashoggi's fiancee Hatice Cengiz that her experience was "unimaginable".

"Hatice, no one should endure what you did. Right here where you are, you paced that street, for hours, pacing and waiting. And he never came out. It is unimaginable and you need to know that you are in our hearts. We are here and you are not alone," Bezos said.

Cengiz, who took the stage after Bezos, said she is still seeking an answer on the whereabouts of Khashoggi's body.

"Glad to see you all here and with you all, I still seek justice. I want to know what happened to his body. I want his friends to be released from jail. I want that those in power are held accountable for their actions," Cengiz said.

Khashoggi, a critic of the crown prince, was murdered on October 2 at its consulate in Istanbul. His dismembered body has never been found. A global outcry ensued and led to US Treasury sanctions on 17 Saudi individuals and a Senate resolution blaming Prince Mohammed.

Saudi officials have denied suspicions in the CIA that the crown prince, known as MbS, ordered the killing.