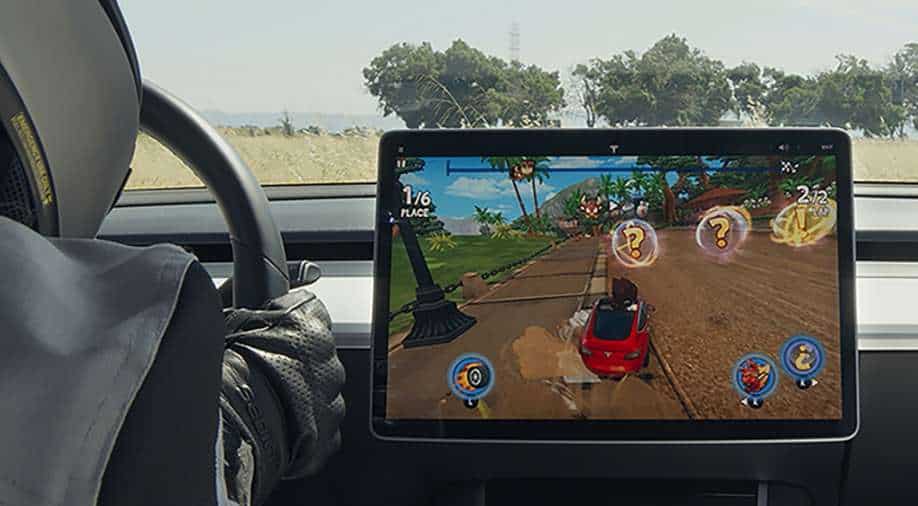 In Tesla’s rare feature, drivers were allowed to play video games on the front center touchscreen while the vehicle was in motion, but the feature will now be changed

A little after US launched a formal investigation about Tesla allowing drivers to play video games on the front centre touchscreen, the Elon Musk-owned company has decided to discontinue the idea.

On Thursday, the US National Highway Traffic Safety Administration (NHTSA) opened a formal investigation for 580,000 electric vehicles of Tesla that were being sold since 2017.

In Tesla’s rare feature, drivers were allowed to play video games on the front center touchscreen while the vehicle was in motion. Experts of NHTSA believe that this feature of "Passenger Play" can distract the driver and put everyone’s lives in danger.

NHTSA said it has "confirmed that this capability has been available since December 2020 in Tesla 'Passenger Play'-equipped vehicles."

"The NHTSA constantly assesses how manufacturers identify and safeguard against distraction hazards that may arise due to faults, misuse, or intended use of convenience technologies, including infotainment screens," the agency said.

Experts believe this feature can distract drivers, especially in 'auto pilot' mode when the vehicle is operating in semi-autonomous mode, and lead to a deadly crash.

This investigation was supported by a case study in which a driver’s distraction due to a phone game caused a fatal crash of a Tesla car in 2018 in California; the car was operating in ‘auto pilot’ at that moment.