No more birth tourism: US to impose visa restrictions on pregnant women 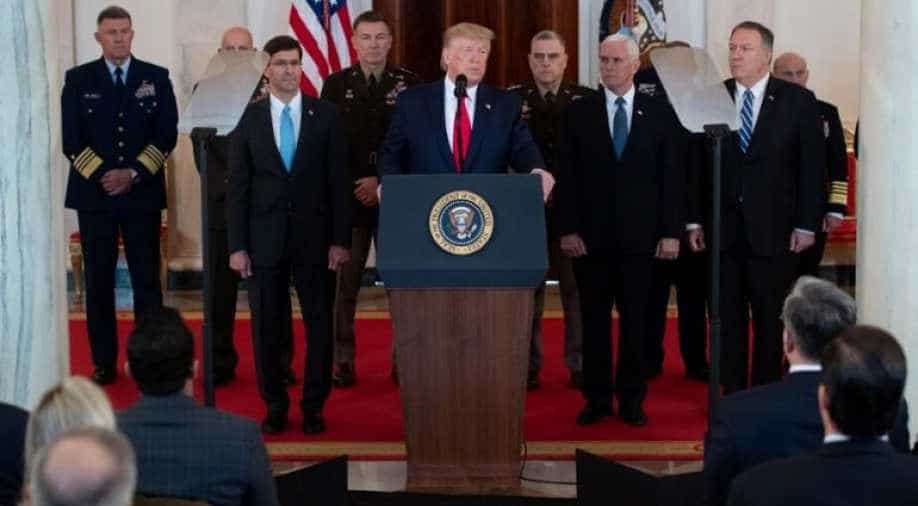 US President Donald Trump speaks about the situation with Iran in the Grand Foyer of the White House in Washington, DC, January 8, 2020. Photograph:( AFP )

Donald Trump administration has adopted a strict visa policy ever since taking charge.And now the US government is set to announce new visa restrictions aimed at restricting 'birth tourism'.

In what is referred to as birth tourism pregnant women apparently travel to the US to give birth so their children can have the coveted US passport.

As per the US constitution, a child born in the united states is a naturalized US citizen and hence eligible for a US passport irrespective of her parents' origin country.

Under the new visa laws, pregnant women applying for a visa will be treated like other foreigners coming to the US for medical treatment.

The applicants will have to prove they are coming for medical treatment and also have the money to pay for it.The US state department will be publicising the rules today. And the new rules will take effect from Friday.

A spokesperson from the state department said that the draft rule is intended to address national security and law enforcement risks associated with birth tourism.The practice of coming to the united states to give birth will remain fundamentally legal.

In the past, though there have been scattered cases of birth tourism operatives being arrested for visa fraud or tax evasion.President Trump is known to be skeptic about the US birth-right citizenship.

He has often railed against the practice and even threatened to end it.Regulating tourist visas for pregnant women is one way for Trump to get at the issue.