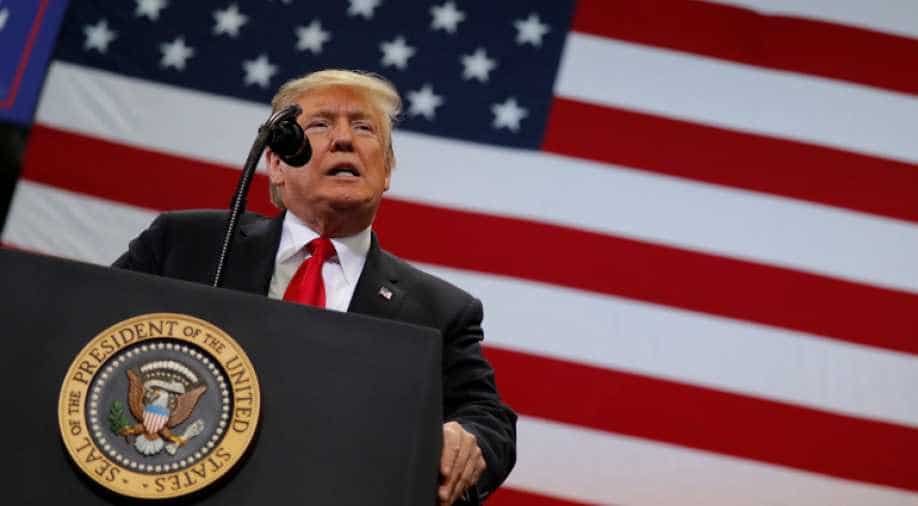 Ahead of the midterm elections on November 6th, President Trump at a rally in Columbia, Missouri said birthright citizenship has created an "entire industry".

"This policy (birthright citizenship) has even created an entire industry. It's called birth tourism, where pregnant mothers from all over the world travel to America to make their children instant lifelong citizens with guaranteed everything," Trump said at the election rally.

"Hundreds of thousands of children born to illegal immigrants are made automatic citizens of the United States every year because of this crazy, lunatic policy that we can end," the US president asserted.

Trump in a tweet on Thursday had said he will end the birthright citizenship "one way or the other" insisting that the 14th amendment does not make any reference to it, and he had legal advisors to put his thoughts into practice.

"We need support, but we can do it. They're all made instantly eligible for every privilege and benefit of American citizenship. You get nothing more than they do. They're full citizens," he said.

"This is costing US many billions of dollars a year," he added.

"You don't realise what a big industry - it's an industry. Many come from China. You'll be surprised. China now is number one. We're not talking just South America, Latin America. We're talking about China, parts of Asia. It's crazy," he said.

"Think of it. You're an enemy of our country. You're a general with war on your mind. You're a dictator who we hate and who's against us. And that dictator has his wife have a baby on American soil. Congratulations. Your son or daughter is now an American citizen. Does anybody think this makes sense?" he asked those present at the rally.

"It's crazy. But we're getting it all worked out," he said, adding,"you come into the country, you're like two months old, and you're going to take your brother and your sister and your mother and your father. You're going to bring them all, aunts and uncles and grandfathers, and lots of people," he said.

"It's a disgrace. We have got to change our laws. The Democrats refuse to do it. And it's not because they don't know right from wrong. They think it's good politically for them to make us all go through hell to get those laws changed. We're going to get them changed," Trump told the rally at Missouri.