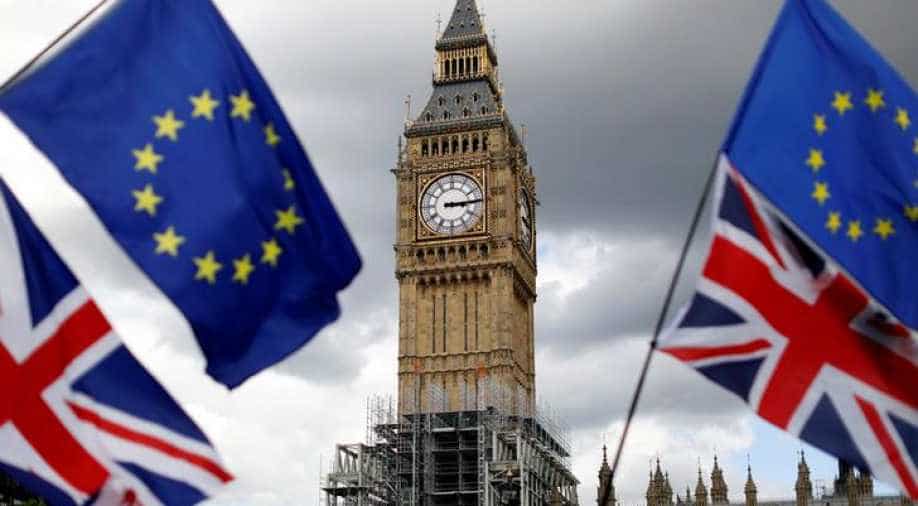 Britain is set to leave the EU's orbit on December 31 this year. Both sides are engaged in talks to hammer out a trade deal in order to avoid negative effect on USD 1 trillion annual trade. Each side is urging the other to compromise

A senior British minister said on Tuesday that there was still a possibility of Britain leaving European Union without a formal trade deal. A no-deal Brexit can prove to be problematic as it may give rise to disputes between Britain and the EU in the immediate and distant future. The current talks over the trade deal have hit a snag on fishing, governance rules and dispute resolution.

Britain is set to leave the EU's orbit on December 31 this year. Both sides are engaged in talks to hammer out a trade deal in order to avoid negative effect on USD 1 trillion annual trade. Each side is urging the other to compromise.

A French official said Britain must clarify its positions and "really negotiate", and cautioned that the EU would not accept a "substandard deal".

Both Britain and the EU say they want a deal, and their two negotiating teams have been locked in intensive talks for more than five weeks though they are still at odds over the three most contentious issues.

Yet, EU sources have said they are hoping for a deal in the coming days and the bloc's negotiator, Michel Barnier, was due to update the 27 national envoys to the EU at 0730 GMT on Wednesday in Brussels.

Michael Gove, the cabinet minister responsible for the divorce deal, said an agreement was close but that to get it over the line the EU would have to live up to its responsibilities.

Asked if a "no-deal" scenario was closer than anyone would admit, he told ITV: "It's certainly the case that there is a chance that we may not get a negotiated outcome."

"That's why it's important business prepares for all eventualities, but I very much want a deal and I believe that we can secure one," Gove said.

Gove avoided repeating an earlier prediction of a 66% probability of a deal, declining to give a figure.

A report by Times Radio that the talks had entered the so-called "tunnel" or final stretch saw the pound rise to as high as $1.3442. [GBP/]

While most major investment banks say a deal is their central prediction, some investors have pointed out that Wall Street and the City of London were poorly prepared for the 2016 referendum as few believed the United Kingdom would vote out.

Failure to secure a deal would snarl borders, spook financial markets and disrupt delicate supply chains that stretch across Europe and beyond -- just as the world grapples with the vast economic cost of the COVID-19 outbreak.

Prime Minister Boris Johnson, under pressure from opponents in his party who dislike strict coronavirus restrictions, says a deal is preferable but that the United Kingdom could prosper without one. Both sides have contingency plans for a no-deal exit.

Even if a trade accord is secured, it is likely to be just a narrow deal on goods, and some disruption is certain as border controls are erected between Britain and the world's biggest trading bloc.

Britain's Office for Budget Responsibility said last week that failure to agree a free trade deal would wipe an extra 2% off UK economic output - in addition to the 4% drop from leaving the bloc with a deal - while driving up inflation, unemployment and public borrowing.

Talks have snagged on fishing in Britain's rich waters, on what EU rules London will accept, and on how any future disputes might be resolved.

German Chancellor Angela Merkel, Europe's most powerful national leader, has said some of the EU's 27 member states are getting impatient.

Irish Prime Minister Micheal Martin said a deal could be done this week, while his deputy, Leo Varadkar, told the Dublin Chamber of Commerce: "We still don't know what will happen there, but obviously we are all hopeful that we will see an FTA (free trade agreement) concluded in the next couple of weeks."